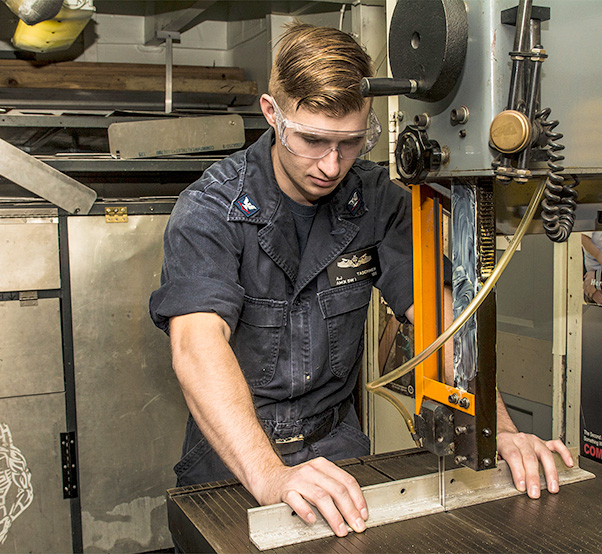 Aviation Structural Mechanic 3rd Class Alexander Taschner, from Palmdale, Calif., uses a bandsaw to cut an angle iron in the airframe shop aboard the U.S. Navy’s only forward-deployed aircraft carrier USS Ronald Reagan (CVN 76). Ronald Reagan and its embarked air wing, Carrier Air Wing (CVW) 5, provide a combat-ready force that protects and defends the collective maritime interests of its allies and partners in the Indo-Asia-Pacific region.