People began trickling into the Hall of Heroes in the Pentagon. Roughly 15 minutes before go-time, it is filled to the brim. Everyone came there to see one person and hear his story; a story so historical and significant it could make anyone swell with pride.
Lt. Col. Richard E. Cole, one of two surviving members of the Doolittle Raiders, just turned 100 years old in September. He is as lively as ever and received a shadow box during his visit, Nov. 5.
“(It is) very nifty and appropriate,” Cole said. “I accept it in honor and on behalf of the rest of the guys, with sadness, that are not here to (receive it.)” 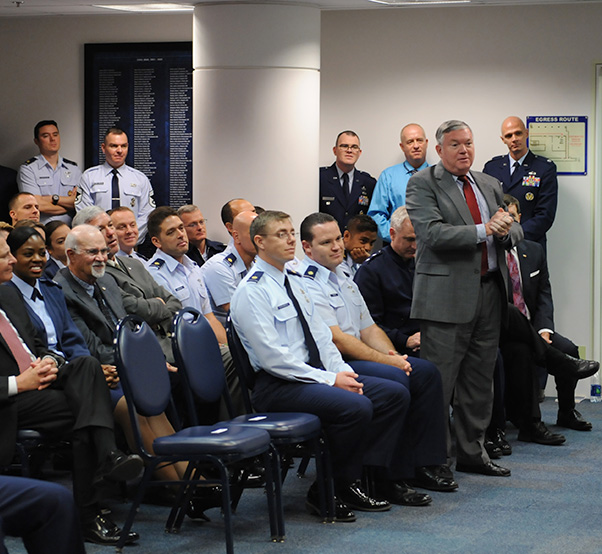 Incased in the wooden box were several patches to show the history of the bomb squadrons, two clips from bombs and a flag that was flown on Sep. 7, 2015 over Southwest Asia in honor of Cole’s 100th birthday.
“To be up here on stage with (Lt. Col. Cole) is honestly dizzyingly wonderful,” said Col. John Martin, the 28th Operations Group commander. “Sir, you are beyond just a World War II hero, you are an American icon, a patriotic legend, and a big part of Air Force history … at Ellsworth Air Force Base, inspiration is not very far away when we think about the cornerstone of our legacy and the Doolittle Raid. It motivates us (and) it inspires us to this very day.”
Cole answered several questions from the anxious crowd, not skipping a beat when asked what was on his mind during the raid.
“There were several things on my mind,” Cole said. “We had to deal with the fact that you are scared all the time, you have to learn to put that aside and think positively. You just don’t dwell on things being bad.”
In the end, it took 80 brave men, 16 aircraft and a huge risk to change everything about the war in the Pacific. Their actions inspired a nation and continue to inspire today’s airmen. 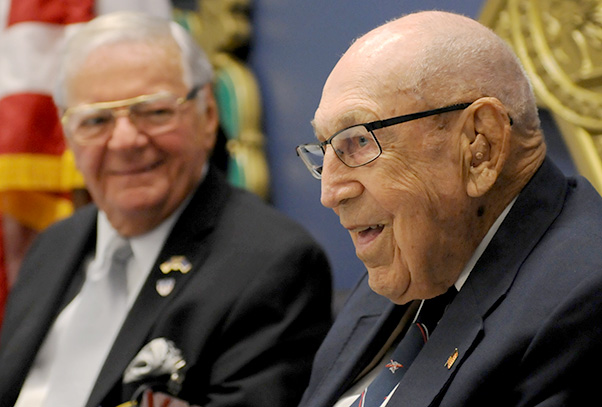