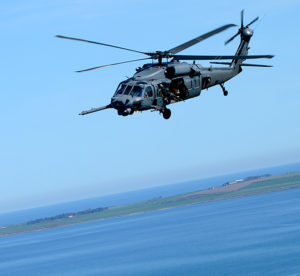 The 56th and 57th Rescue squadrons from Royal Air Force Lakenheath, United Kingdom, are relocating to Aviano Air Base, Italy, starting in fiscal year 2017, Air Force leaders announced Nov. 6.
About 350 personnel, five HH-60 Pave Hawk helicopters and Guardian Angel weapons systems are expected to relocate in an effort to establish an enduring personnel recovery location within Europe.
“This relocation of our rescue Airmen places them in a more strategic location to respond across Africa, Europe and Southwest Asia,” said Gen. Frank Gorenc, the U.S. Air Forces in Europe and Air Forces Africa commander. “We always take a serious, pragmatic look at how we can most effectively meet our commitments and guarantee the shared security of the United States and our allies and partners.”
The move is expected to take two to three years to complete.
During the European Infrastructure Consolidation review, programmers found excess capacity at Aviano. Part of the additional space was designated for the 56th and 57th Rescue squadrons, which deploy around the world to recover personnel from difficult and hostile conditions.
Construction decisions and transition milestones for the relocation will take place over the next several years.