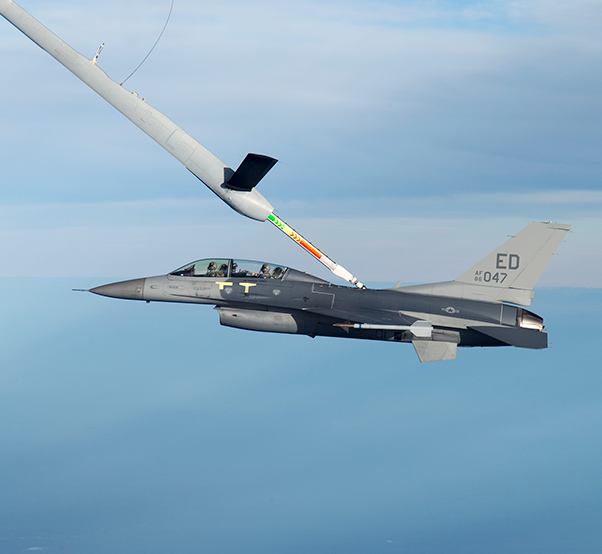 A Royal Australian Air Force KC-30 tanker that arrived at Edwards Air Force Base, Calif., Nov. 30 is connecting the RAAF to the U.S. Air Force in a Coalition Tanker Aerial Refueling Certification Effort.
The first flight in the series of tests was Dec. 3 when the KC-30 refueled an Edwards F-16.
The coalition test effort will satisfy the testing required to certify Australian, United Arab Emirates and Italian tankers to refuel USAF F-16s, F-15s, B-1s and A-10s using their respective booms.
“It’s never been done before with foreign tankers and it gives us capability for the coalition effort. We don’t have to rely (solely) on U.S. tankers to support our aircraft,” said Adrian Martinez, 418th Flight Test Squadron Aerial Refueling Integrated Test Team lead, senior project manager.
The test team will check for qualities such as fuel pressure surges, stability of the aircraft being refueled and the handling qualities of the boom for a full Category 3 Certification.
“This testing is all about a tanker and receiver pair,” said Colin White, Australian KC-30A Aerial Refueling clearance manager.
The initial flight was flown with a clean wing configuration. No weapons or tanks were loaded aboard the F-16 receiver to execute the first fuel transfer test points. White stated that the first test was critical because it established the ability for the F-16 to refuel from the KC-30 via boom without relying on support tankers such as the KC-135 and KC-10 in future tests.
“And then we’ll go and we’ll bomb it up and we’ll have symmetrical loads and that’s a different receiver configuration,” said White.
The KC-30 will continue testing with the F-16 until Dec. 18, then break for the holidays. The RAAF team and their KC-30 will return to Edwards in the New Year and finish up the first phase of testing in February.
“Early next year we are planning to execute a portion of the aerial refueling testing that requires an instrumented C-17. The C-17 to be used is one stationed here at Edwards.  After C-17 testing is complete, aerial refueling test with a U.S. Air Force F-15 will follow,” said Martinez.
In spring of 2016 an Italian 767 aerial refueling tanker will come to Edwards to continue the coalition effort, paired with an F-15 and F-16. Then the United Arab Emirates KC-30 will conduct the last leg of testing with a B-1 and an A-10 in the later summer months.
“The [Australian] KC-30 is based on the Airbus A330 commercial aircraft that’s been militarized, turned into a tanker, and for us we’ve also got 270 passenger seats in the aircraft,” said White. 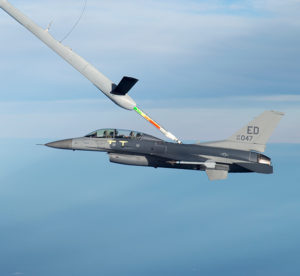