NASA has awarded three cargo contracts to ensure the critical science, research and technology demonstrations that are informing the agency’s journey to Mars are delivered to the International Space Station from 2019 through 2024.
The agency unveiled its selection of Orbital ATK of Dulles, Va.; Sierra Nevada Corporation of Sparks, Nev.; and SpaceX of Hawthorne, Calif., to continue building on the initial resupply partnerships with two American companies.
These Commercial Resupply Services (CRS-2) contracts are designed to obtain cargo delivery services to the space station, disposal of unneeded cargo, and the return of research samples and other cargo from the station back to NASA.
“Few would have imagined back in 2010 when President Barack Obama pledged that NASA would work ‘with a growing array of private companies competing to make getting to space easier and more affordable,’ that less than six years later we’d be able to say commercial carriers have transported 35,000 pounds of space cargo (and counting!) to the International Space Station — or that we’d be so firmly on track to return launches of American astronauts to the ISS from American soil on American commercial carriers. But that is exactly what is happening,” said NASA Administrator Charles Bolden. “Today’s announcement is a big deal that will move the president’s vision further into the future.”
The contracts, which begin upon award, guarantee a minimum of six cargo resupply missions from each provider. The contracts also include funding ISS integration, flight support equipment, special tasks and studies, and NASA requirement changes.
“The second generation of commercial cargo services to low-Earth orbit begins today,” said Kirk Shireman, ISS Program manager at NASA’s Johnson Space Center in Houston. “By engaging American companies for cargo transportation, we can focus our attention on using this one-of-a-kind laboratory in the sky to continue advancing scientific knowledge for the benefit of all humanity.”
Selecting multiple providers assures access to ISS so crew members can continue to conduct the vital research of the National Lab. Awarding multiple contracts provides more options and reduces risk through a variety of launch options and mission types, providing the ISS program a robust portfolio of cargo services that will be necessary to maximize the utility of the station. 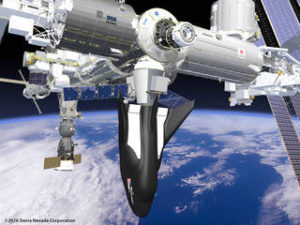 NASA has not yet ordered any missions, but will make a total of six selections from each menu of mission options at fixed prices, as needed. Each task order has milestones with specified amounts and performance dates. Each mission requires complex preparation and several years of lead time. Discussions and engineering assessments will begin soon, leading to integration activities later this year to ensure all space station requirements are met, with the first missions beginning in late 2019.
“These resupply flights will be conducted in parallel with our Commercial Crew Program providers’ flights that enable addition of a seventh astronaut to the International Space Station. This will double the amount of crew time to conduct research,” said Julie Robinson, chief scientist for the ISS Program. “These missions will be vital for delivering the experiments and investigations that will enable NASA and our partners to continue this important research.”
The agency applied knowledge gained from the first commercial resupply contracts with Orbital ATK and SpaceX and required a number of key enhancements for these contracts. This includes starting with a requirement for a minimum of six missions as opposed to delivery of metric tons; a variety of delivery, return and disposal capabilities for both pressurized and unpressurized cargo, as well as an optional accelerated return; and the addition of an insurance requirement to cover damage to government property during launch services, reentry services or transportation to, from, in proximity of, or docking with the space station. 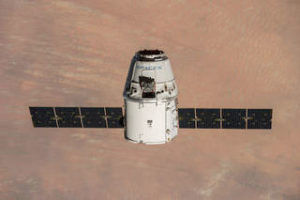 While the maximum potential value of all contracts is $14 billion from 2016 through 2024, NASA will order missions, as needed, and the total prices paid under the contract will depend on which mission types are ordered.
“We plan to order services based on our current estimates of station needs, which provides NASA important flexibility to maximize the use of the space station,” said Shireman. “We look forward to beginning work with these new contractors to understand the details of the services that they have proposed and understand the details of how these services will benefit ISS. The indefinite delivery/indefinite quantity contract enables us to adjust as necessary for additional missions or contingencies so we can provide the greatest benefits possible from this great international asset.”
NASA’s service contracts to resupply the space station have changed the way the agency does business in low-Earth orbit. With these contracts, NASA continues to advance commercial spaceflight and the American jobs it creates.
For 15 years, humans have been living continuously aboard the space station to advance scientific knowledge and demonstrate new technologies, making research breakthroughs not possible on Earth that also will enable long-duration human and robotic exploration into deep space. A truly global endeavor, more than 200 people from 15 countries have visited the unique micro-gravity laboratory that has hosted more than 1,700 research investigations from researchers in more than 83 countries.