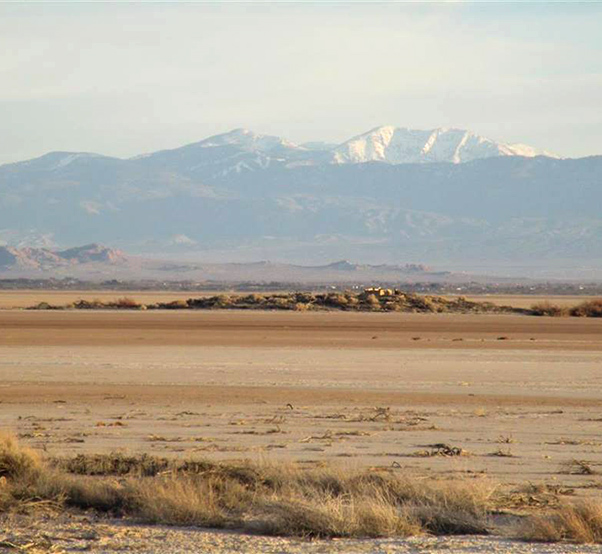 I was thinking the other day about things that happened around Edwards when I was a kid, and many of you would be surprised just how diverse that experience was.

Case in point: I was good friends with Tim and Jeff Geisen. Their father, Walt Geisen, was a major player at General Electric over the years. One morning during summer break, I got a call from Tim, who said his mom June had something fun for us to do if my dad could pick us up after he got off work. Game on! We worked out the details and before long we were on our way to Rosamond Dry Lake. (Wait! — Did you say Rosamond Dry Lake?)

In the mid 1960s, we young boys were into anything to do with the Army, and one of the cool things we had was the Rat Patrol TV series on ABC every Monday night at 7:30 p.m.

To Jeff, Tim and me, what we just scored was a trip to the TV set on Rosamond Dry Lake!

So heading out to the base with all the morning traffic, we came up to the dry lake bed and made an immediate right-hand turn and headed for the little island oasis just to the south! When we pulled up, we jumped out and we were in hog heaven -– we were on a World War II North Africa set, with two Jeeps with 50 caliber machine guns on them! 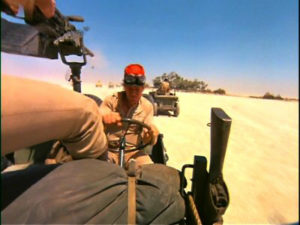 Now a little history about the show Rat Patrol, starring Christopher George as Troy, the commander of a Reconnaissance Attack Team (RAT). The show was set in World War II North Africa where the team would roam the deserts, creating havoc for the dreaded German Afrika Korps. Equipped with two Willys Jeeps, they would risk life and limb on the set and in real life, with second-in-command Moffet as the “stiff upper lip” Brit and Tully and Hitch as the two drivers.

The first 13 episodes were filmed in Spain, but the stress of turning out a show every three days had the studios looking for an alternative. Well, nothing looks more like the expanse of desert in North Africa then good old Rosamond Dry Lake, and it was close to the studios! For weeks up and down old Sierra Highway, motels and coffee shops were alive with actors and staff, with the local desert around Edwards turned into impromptu movie sets.

The one-day trip to the lake bed turned into a multi-day adventure where we ended up working with the food caterers and helping with clean up and serving! We were like 12 and 13 years old! Three things that really stand out: One was that in the 1960s, sonic booms came out of Edwards every 10 minutes (or so it seemed!) and it would drive the filming crew crazy with all the retakes. Two was the day I was sitting in one of the Jeeps and Hitch (Lawrence Casey) let me wear his trade mark Red French Foreign Legion hat with goggles for the day! Three was on the last day we were out there, a prop master thanked us for being well-behaved and helping out, so he gave us three German Afrika Korps tunics! (I still have mine!) 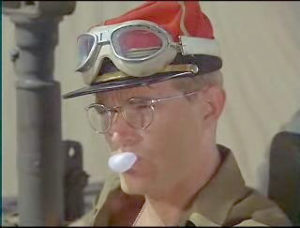 Movies and TV shows filmed at Edwards probably number in the hundreds and this was just another one of those that lives on during late night reruns or on DVD sets.

As I watch the Rat Patrol today and see the episodes I was present during filming, I see a different Rosamond Dry Lake than I see today.

As a matter of fact, today as you make your way to work from Rosamond, when you just hit the lake bed, look to your right and just to the south, and you can see the island (less the trees) that was my dream adventure for about a week in the 1960s.

Looking back, it was just the neatest thing ever and who did we really have to thank for this very special memory? Our dads and moms who worked at Edwards — that’s who! And thank God they didn’t want their kids sitting on the couch all summer long – LOL!