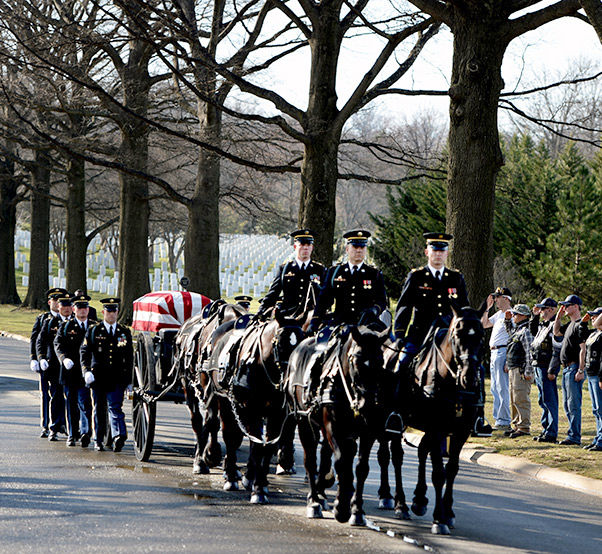 A caisson team from the 3d U.S. Infantry Regiment (The Old Guard), carries the repatriated remains of Pfc. James M. Smith to his final resting place at section 60 of Arlington National Cemetery, Va., as veterans from the Patriot Guard Riders salute, March 9, 2016.

After 65 years, Pfc. James M. Smith was finally laid to rest by his family, March 9, with full military honors at Arlington National Cemetery. 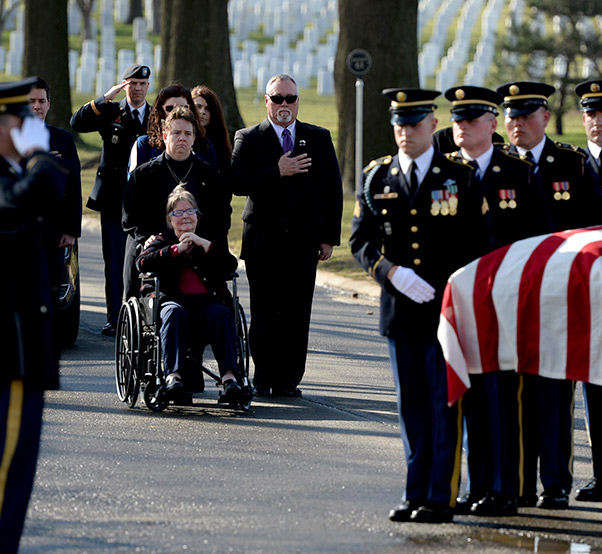 Smith’s remains had been among 208 boxes of commingled remains returned to the U.S. by North Korea between 1990 and 1994. Recent advances in DNA technology and samples from Smith’s relatives finally enabled the remains to be identified, said Air Force Lt. Col. Holly Slaughter of the Defense POW/MIA Accounting Agency.

“I’m just amazed,” said Smith’s niece, Geneva Smith from Sherman, Texas. She was surprised when notified that her uncle had been found.
As next of kin, Geneva accepted the folded flag from atop her uncle’s casket during the burial services at Arlington National Cemetery. She said the services were “spectacular” and family members who attended were “overwhelmed.”

“I’m so pleased in the way the military handles Soldiers coming back today,” Geneva said.

A horse-drawn caisson from the 3d U.S. Infantry Regiment (Old Guard) brought Pfc. Smith to his final resting place in section 60 of the cemetery. Along the path, a line of veterans from the Patriot Guard Riders saluted. 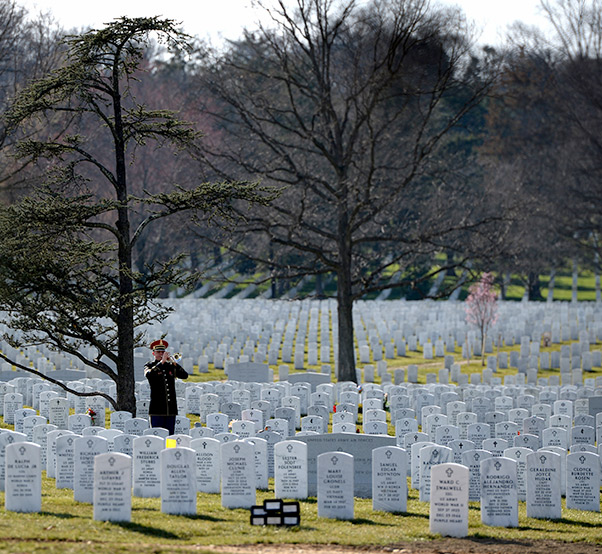 “Everyone was so reverent and respectful,” Geneva said.

Geneva, her daughter and her granddaughter each placed a single red rose on the casket.

Geneva said although the group of family members at the cemetery wasn’t exceptionally large, “there are others here in spirit.” Her father, Pvt. Smith’s only brother, died in 2011. The two brothers had grown together up in Abbeville, Georgia.

Although Geneva never met her uncle, she said her father talked about him all the time.

“If I could be like somebody else, I’d like to be like him,” Geneva said of her uncle. She said her father portrayed him as funny and full of good-natured pranks.

Pvt. Smith is among more than 200 Korean War casualties identified so far by the Defense POW/MIA Accounting Agency or DPAA.

“As advances in technology have happened, we are able to identify more and more,” said Slaughter, a DPAA spokesperson. 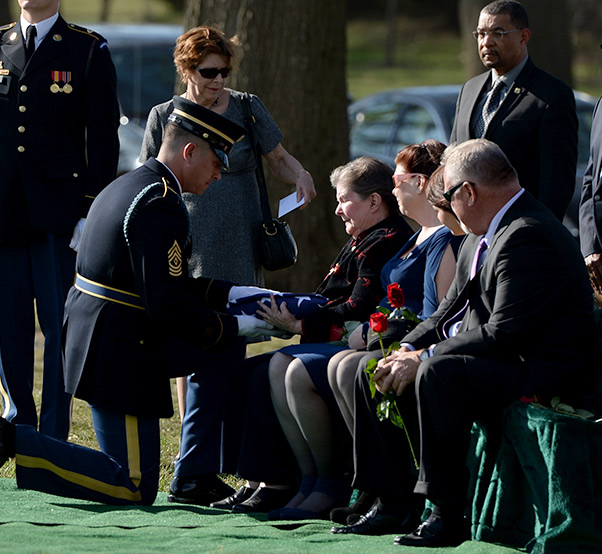 First Sgt. Anthony Montavo from the 3rd U.S. Infantry Regiment (The Old Guard), presents Geneva Smith with the folded flag that was draped over her uncle. 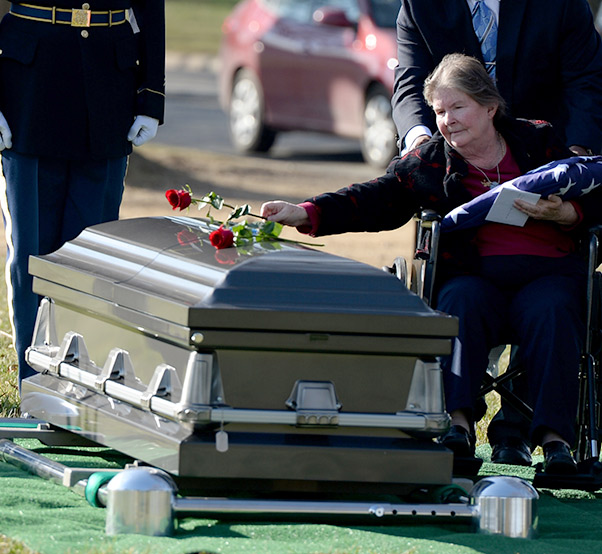 Geneva Smith places a rose on the casket of her uncle.