A new NASA initiative could redefine current airplanes by building confidence in new technologies and designs that could lead to aircraft that substantially reduce fuel consumption, emissions and noise. In addition, the plan includes an experimental aircraft aimed to enable commercial supersonic flight.

The NASA aeronautics New Aviation Horizons initiative is a 10-year plan developed to achieve those goals by designing, building and flying a number of flight demonstration vehicles, or X-planes, said Jaiwon Shin, NASA Aeronautics Associate Administrator. Experimental aircraft test advanced technologies and revolutionary designs and reduce the time it takes for industry to incorporate them into commercial products.

“We’re at the right place, at the right time, with the right technologies,” said Shin. “We need the X-planes to prove, in an undeniable way, how that tech can make aviation more Earth friendly, reduce delays and maintain safety for the flying public, and support an industry that’s critical to our nation’s economic vitality.”

The economics of leading the world in aeronautical innovations, fuel savings and creation of good, high-paying jobs are other compelling reasons the initiative is attracting wide-based support, Shin said. It is estimated that billions of dollars are at stake in the global aviation industry as it grows from 3.3 billion passenger trips in 2014 to an estimated seven billion passenger trips in 2034. During that same time it is estimated that 36,000 new aircraft will fly as a result of growth and replacement during that 20-year period with an estimated value of $4-5 trillion. 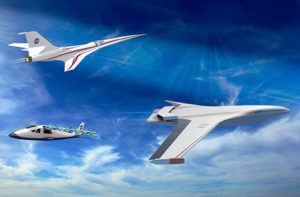 The technology and foundational aeronautics work accomplished in the past six years, especially through the Environmentally Responsible Aviation project, or ERA, is how those thrusts work together. The work accomplished through that program has prepared NASA’s Aeronautics Research Mission Directorate to be in a position to take on the challenges in the Aviation Horizons plan.

“Without ERA the technologies would be at a low readiness level if we did not do the ground testing and small-scale flight tests,” he added. “We are ready to take these technologies to flight with X-planes. We are on the cusp of that reality.”

ERA technologies proved, if the recommendations are followed, up to 85 billion gallons of fuel could be saved by the airline industry at a cost savings exceeding $255 billion by 2050, Shin explained.

A 10-year plan is rare, but the advanced planning for building X-planes cannot be accomplished in a short time frame for the number of technologies that are ready for flight and that lead time is required to allow it to happen, Shin explained.

“Armstrong’s expertise in integrated systems and flight research supported fundamental aeronautics work that is the foundation for the New Aviation Horizons Initiative,” McBride said. “The plan will enable NASA to use technologies the agency has proven for experimental aircraft that will build industry’s confidence in using the innovations. Future aircraft will more efficiently use fuel, reduce noise and air pollution, boost the economy and continue U.S. leadership in aeronautics. We will also lead the way in technologies that will allow commercial overland supersonic aircraft.” 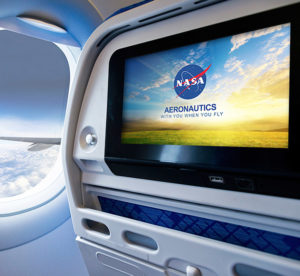 NASA will be with people when they fly while substantially improving aviation and providing major economic benefits.

The New Aviation Horizons X-planes will typically be about half-scale of a production aircraft, although some may be smaller or larger, and are likely to be piloted. Design-and-build will take several years, with vehicles going to flight starting around 2020 depending on funding. Included in the plan are ultra-efficient aircraft such as a hybrid wing body aircraft, a hybrid electric airplane and a flight demonstrator that reduces the sound of supersonic flight to a soft thump.

For the past decade, NASA and partners have studied the performance and benefits of the hybrid wing body configuration using computers, wind tunnels and subscale unpiloted flight tests on the X-48 aircraft flown at Armstrong. A lot of data is already in hand to inform an X-plane that will test the highest number of advanced technologies.

In fact, NASA Administrator Charles Bolden on Feb. 29 announced the award of a contract to Lockheed Martin for the preliminary design of a Quiet Supersonic Technology demonstration aircraft, called QueSST for short. The demonstrator is expected to reduce the sound of faster-than-sound flight to a thump as part of the New Aviation Horizons initiative.

The 10-year initiative also includes major field tests in collaboration with airlines, airports and the Federal Aviation Administration to continue improving air traffic flow in the air and on the ground at airports. Improving the flow leads to reduced fuel use and emissions, and less noise during takeoff, approach and landing. And NASA will continue researching and testing technologies that could be used to safely integrate unmanned aircraft systems, or drones, into the airspace.