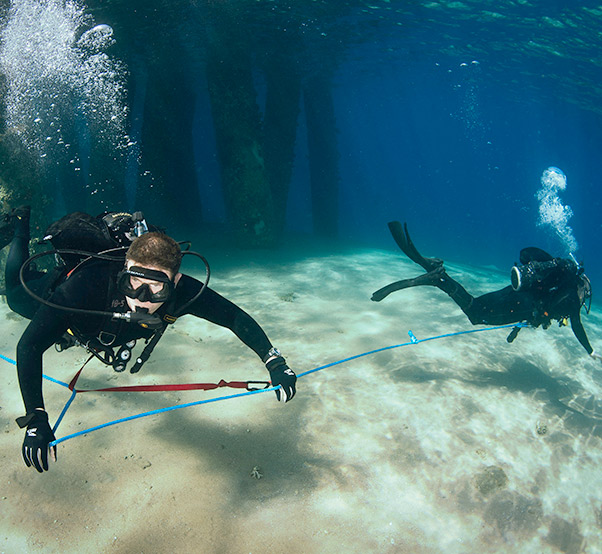 Divers from five nations are training together to identify and neutralize mines and other threats in order to ensure the waterways in the Middle East remain safe for commercial shipping.

Explosive ordnance disposal teams from Kuwait, France, the Netherlands, Germany, and the U.S. are conducting a series of drills to address some of the biggest notional threats to maritime commerce as part of the International Mine Countermeasures Exercise.

IMCMEX includes navies from more than 30 countries spanning six continents training together across the Middle East. The exercise is focused on maritime security — from mine countermeasures, maritime infrastructure protection, and maritime security operations — in support of civilian shipping and freedom of navigation.

“IMCMEX brings together a different variety of coalition partners,” said German navy Cmdr. Mario Fink, from Kiel, Germany, who is commanding the IMCMEX task force in Kuwait. “Working together to know the ability of the different nations and to be familiar with circumstances of this very important area is an important goal of IMCMEX.”

“This exercise is about enhancing cooperation, maritime capabilities and interoperability between international partners,” said Donegan. “This exercise provides an opportunity for us to build proficiency and test the latest technology available for ensuring the global maritime commons stay open and secure.” 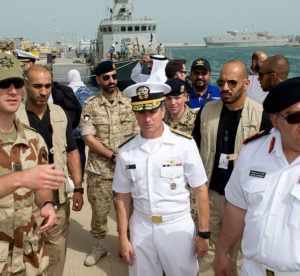 “We participate in IMCEX to improve our training level in different contexts so that when there are dangers we are used to facing them,” said Bontemps. “We are also here to improve interoperability between nations.”

“It’s the big picture – the navy is here to protect our merchant shipping,” added Dutch navy Lt. Cmdr. Lodewijk de Waard from Rhenen, Netherlands, who led the demonstrations for Donegan and Abdullah. “If our merchant shipping is threatened we have to protect them. If it deals with mines or improvised mines, it is a job for our unit in the Netherlands and the international community. We do a lot of trade with the countries out here — it is important for us to be ready to deploy with a united response.”

IMCMEX will continue through April 26.