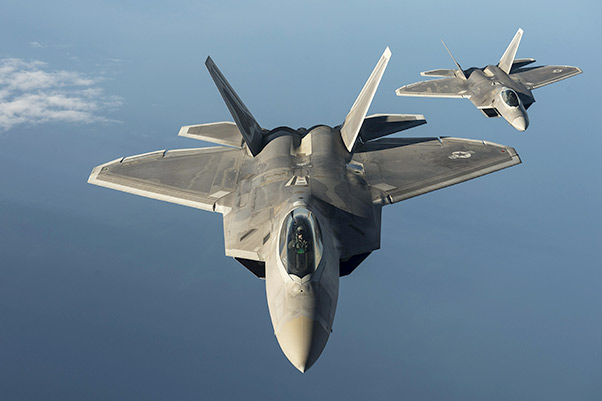 Two F-22 Raptors from the 95th Fighter Squadron at Tyndall Air Force Base, Fla., fly over the Baltic Sea on Sept. 4, 2015. Like the F-22 deployment last year, two F-22s deployed to Mihail Kogalniceanu Air Base, Romania. While in Europe, U.S. Air Force aircraft and airmen will conduct air training with other Europe-based aircraft.

Two F-22 Raptors and one KC-135 Stratotanker arrived at Mihail Kogalniceanu Air Base on April 22.

The F-22s and approximately 20 supporting airmen are from the 95th Fighter Squadron at Tyndall Air Force Base, Fla. The KC-135 is from the 916th Air Refueling Wing deployed from Seymour Johnson AFB, N.C.

“Today, I would like to highlight this deployment as a demonstration of our promise to support Romania and the rest of our NATO allies,” Lt. Gen. Timothy Ray, the Third Air Force commander, said during a press conference. “Romania is one of our strongest allies.”

This is the largest F-22 deployment to Europe to date and is partially funded by the European Reassurance Initiative, which provides support to bolster the security of our NATO allies and partners in Europe while demonstrating the U.S. commitment to regional and global security. The F-22s will remain at Mihail Kogalniceanu AB for a brief period of time before returning to Royal Air Force Lakenheath, England, to continue their training deployment. 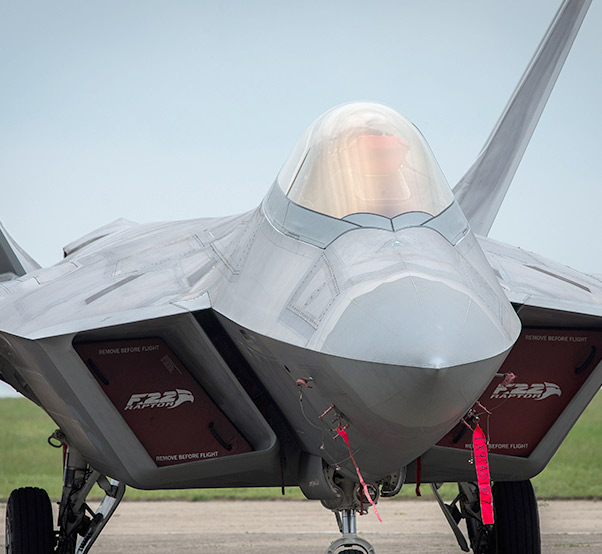 A U.S. Air Force F-22A Raptor parked on the flightline at Mihail Kogalniceanu Air Base, Romania, April 25, 2016. The aircraft will conduct air training with other Europe-based aircraft and will also forward deploy from England to maximize training opportunities while demonstrating the U.S. commitment to NATO allies and the security of Europe. The Raptors are deployed from the 95th Fighter Squadron, Tyndall Air Force Base, Fla.

“Today, we rapidly deployed these aircraft, along with a KC-135 Stratotanker, here to showcase our flexible response and our range of capabilities,” Ray said. “These aircraft have the ability to project air dominance quickly, at great distances, to defeat any possible threat.”

The F-22 deployments to RAF Lakenheath and Mihail Kogalniceanu AB prove that European bases and other NATO installations can host fifth-generation fighters while also affording the chance for familiarization flight training within the European theater.

“It’s important we test our infrastructure, aircraft capabilities, and the talented Airmen and allies who will host these aircraft in Europe,” said Gen. Frank Gorenc, the U.S. Air Forces in Europe and Air Forces Africa commander. “This deployment advances our airpower evolution and demonstrates our resolve and commitment to European safety and security.”

This F-22 forward deployment is conducted in coordination with Romanian allies and is a demonstration of the United States’ continued commitment to the collective security of NATO and dedication to the enduring peace and stability of the region. 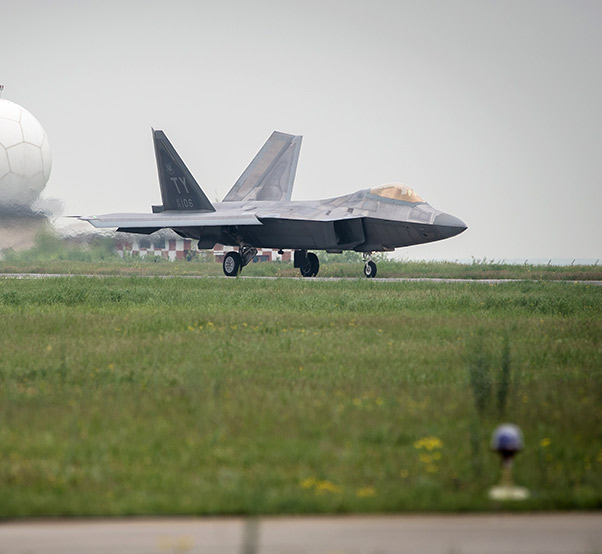