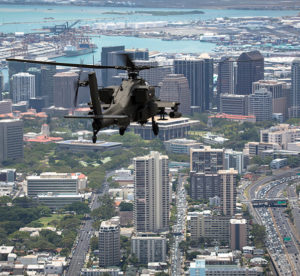 The airframes are being transferred from the National Guard to the active duty Army as part of the Aviation Restructure Initiative in an effort to cut costs in Army Aviation and to fill the mission capability gap left by the retirement of the OH-58D Kiowa Reconnaissance Helicopter.

“The apaches will primarily be used as a reconnaissance platform,” said Maj. Ian H. Benson, Operations Officer, 2-6th Cavalry Squadron. “However, with the inherent firepower of the aircraft, apaches will serve as a combat multiplier to any supported ground force commander.”

The squadron received 24 airframes and will increase its operational abilities by adding eight RQ-7B Shadow v2 unmanned aerial vehicles to compliment the reconnaissance and combat abilities of the Apache. 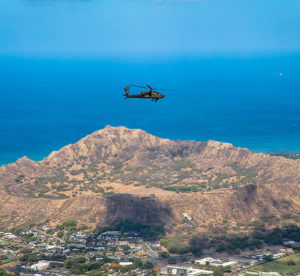 “The Apache increases the lethality and the capability of the squadron to support ground elements within the 25th Infantry Division,” said Benson.
Planning for the aircraft transfer and replacement of the Kiowa took over a year. As of April 27 however, training for 2-6 Cavalry with their new airframes has commenced.

“We train to crew, team, platoon, and troop levels of gunnery proficiency,” said Johnston. “We project we will be fully mission capable by summer 2017. However, we expect we will be able to support live fire exercises with supported ground units as early as October 2016.”

The ability to train on Oahu with infantry Soldier on the ground in live-fire exercises helps to ensure that our soldiers and the pilots above are capable of working hand in hand in the event of a contingency mission in the Pacific.

“We are able to train with the 30mm chain-gun and 70mm rockets here on the island,” said Johnston. “This capability will ensure we’re ready to fight with a trained and prepared force throughout the Pacific as needed.” 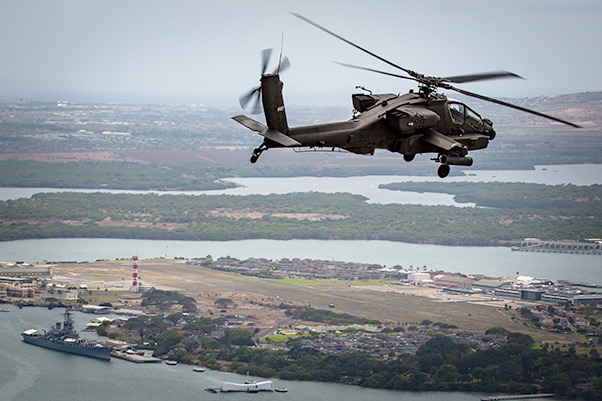