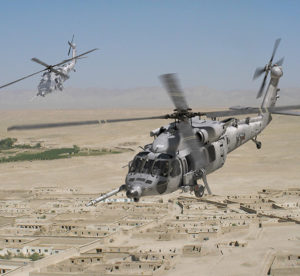 This important review signals that the CRH program is proceeding with detailed design activities for the HH-60W Air Vehicle and Logistics system.  In addition, the team will continue toward the CRH Training Systems Preliminary Design Review in August, three months ahead of schedule.

Sikorsky, a Lockheed Martin Company, and the U.S. Air Force hosted a five-day meeting in April to gather stakeholders and key collaborators from government and industry for an in-depth review that demonstrated that the overall design meets the systems requirements setting the stage for the next phase of the program.  Review participants included members of the Office of the Secretary of Defense, both the USAF acquisition team and representatives of the USAF operational combat rescue community, as well as the Sikorsky and Lockheed Martin industry team and several other key suppliers.

“The successful Air Vehicle PDR confirms the program is on the right track and marks a significant step for the CRH program,” said Tim Healy, Sikorsky, CRH Program Director. “Sikorsky and the USAF are well aligned in this collaboration effort and this successful PDR moves us closer to bringing this vital aircraft to the warfighter.  Specifically, I am very proud of our team. They are not only operating to an accelerated schedule, but the preliminary design that we have achieved here has well prepared us for detailed aircraft design and subsequent production.  Our Training team is also executing extremely well and will be conducting the PDR for the Training System three months earlier than originally scheduled.  This will further reduce our risk to achieving the USAF accelerated schedule for CRH and delivering this critical capability to the AF rescue crews faster.  We are keenly aware that they are in combat every day, and that every day we can accelerate getting the HH-60W into their hands reduces the risks that they face on our nation’s behalf.”

The $1.2 billion Engineering Manufacturing & Development contract includes development and integration of the next generation combat rescue helicopter and mission systems, including delivery of four HH-60W helicopters, as well as six aircrew and maintenance training systems. The training suite includes devices that span full motion simulators and discrete aircraft systems used for training, such as hoist and landing gear.

In 2015, the CRH program conducted the Training System Requirements Review and System Functional Review as well as the Air Vehicle SFR and SRR.

J. David Schairbaum, U.S. Air Force, System Program Manager, CRH, said, “Achieving the Air Vehicle PDR milestone is pivotal for our program. Successful execution of the CRH program is essential to meet the continued demanding personnel recovery mission in today’s challenging operational environment. We are working closely with Sikorsky to assure this newly designed aircraft is delivered to the war fighter on schedule and within cost.”