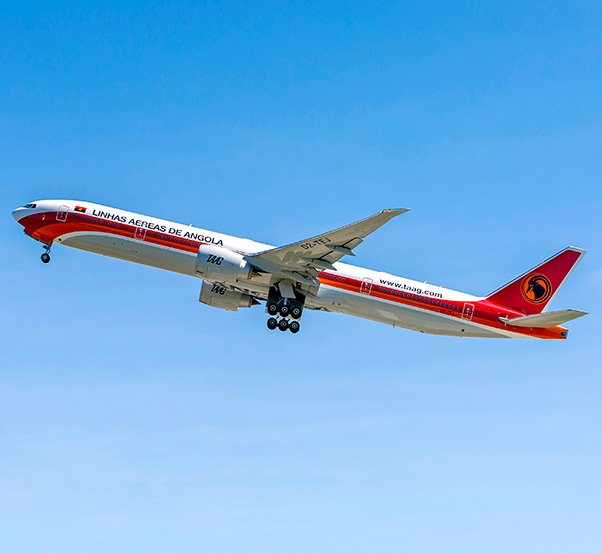 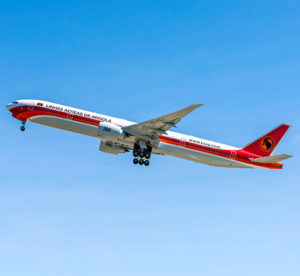 Boeing and TAAG Angola Airlines, the national airline of Angola, have celebrated the delivery of the airline’s newest 777-300ER (Extended Range).

The latest 777-300ER enables TAAG to augment its flagship service between Angola and Portugal, which increases to double daily effective June 2, 2016.

“The 777-300ER forms the backbone of TAAG’s long-haul fleet,” said Peter Hill, Executive Chairman TAAG. “Today’s delivery means we are now the largest operator of 777’s in southern Africa, offering passengers an unrivalled onboard experience to our international destinations from the region.”

The 777-300ER is the most fuel and cost-efficient airplane in its class as well as the most reliable twin-aisle aircraft in the world. It also has the highest cargo capability of any passenger airplane. The 777-300ER will receive further improvements in 2016 designed to reduce fuel use by two percent.

“We are honored that TAAG continues to place its trust in our products,” said Van Rex Gallard, vice president sales Latin America, Caribbean and Africa, Boeing Commercial Airplanes. “The 777-300ER will provide TAAG’s network with greatly improved efficiencies and it’s a great source of pride for everyone here that it continues to be an all-Boeing carrier.”

TAAG Angola Airlines, based at Quatro de Fevereiro Airport, Luanda, serves 31 domestic and international destinations with a fleet of 14 airplanes, including 737s and 777-200ERs.

What does the creation of Space Force mean for military personnel?