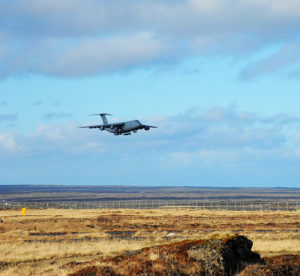 It seems like April flew by… much like the U.S. Air Force F-15C Eagle fighter aircraft did throughout the skies of Iceland.

But the transition to May and their departure from the island only ensures the continuity of the U.S.’s commitment to bringing peace and stability to the European theater.

Approximately 200 airmen from the 104th Fighter Wing, Barnes ANG Base, and 144th FW, Fresno ANG Base, Calif., conducted the mission over, under and through the Icelandic skies since April 3, 2016, while maintaining a forward presence in Europe.

“We have a wide variety of personnel and assets working for the NATO Air Surveillance operation,” said Lt. Col. Jeffrey Beckel, 131st FS commander and detachment commander for the Icelandic mission. “Back home, our mission is also an alert mission, and we accomplish that from our home base and deploy anywhere around the world.” 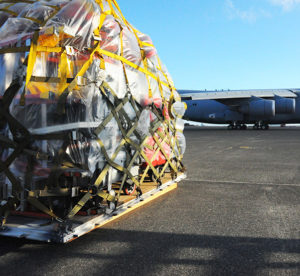 A U.S. Air Force C-5 Galaxy cargo aircraft taxis from the flightline at Keflavik International Airport, April 28, 2016 as equipment sits ready to be loaded. The equipment and approximately 200 Airmen assigned to the 104th Fighter Wing, Barnes Air National Guard Base, Mass., completed the Icelandic Air Surveillance mission and will travel to Estonia to conduct training and partnership operations there.

Beckel cited the partnership with the Icelandic Coast Guard as a key component to accomplishing the mission, specifically with their search-and-rescue mission in such a harsh environment.  Their service’s helicopters would also pick up any pilots who may have ejected from their jets in a potential emergency, he added.

“This gave us a great opportunity to test and use our capability while training with the U.S. forces,” said Icelandic Coast Guard Commander Senior Grade Jon B. Gudnason, commander of the reinstituted Keflavik Air Base during the air surveillance operation. “It also shows Iceland the commitment of NATO to defend Iceland during peacetime and war.”

Throughout April, units conducted training alongside NATO allies and partners demonstrating the U.S. commitment to a Europe that is whole, free, at peace, secure and prosperous, while adding deterrence against further aggression.

“It offers reassurance to our partners in NATO and deterrence to those who would not be our friends,” stated Robert Barber, U.S. Ambassador to the Republic of Iceland. “The Icelanders are very appreciative that we have these rotating missions throughout the year, and it’s an important demonstration of the NATO alliance.”

The F-15s and U.S. airmen will remain in theater through September 2016. During their six months in theater, the TSP will also forward-deploy to other NATO and partner nations including Bulgaria, Estonia and Romania. 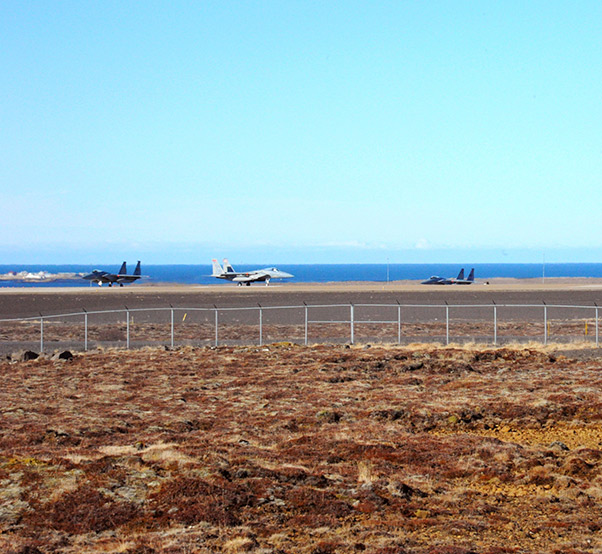