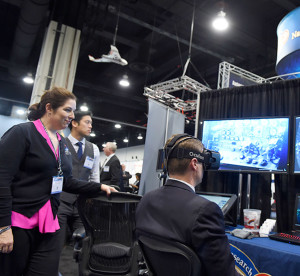 The 51st annual Navy League Sea-Air-Space Exposition kicked off at the Gaylord National Resort and Convention Center in National Harbor, Md., May 16.

The “Service Chief’s Update,” a panel led by Chief of Naval Operations, Adm. John Richardson, Commandant of the Marine Corps, General Robert Neller, Commandant of the Coast Guard, Adm. Paul F. Zukunft and Administrator of U.S. Maritime Administration, the Honorable Paul N. Jaenichen, kicked off three days of panel discussions about the state of each respective service, the future of maritime operations and the importance of partnerships.

“I think that partnerships matter because they’re going to allow us all to team together and use our collective resources to solve some really challenging problems,” said Richardson. “Our Navy is much more strong when we see ourselves as partners with other people. Partners of industry, partners of academia, research and development and certainly international partners as well. By having those conversations early on we can define our problems, come up with solutions, combine forces together, that’s what I think we can do.”

During the panel, Richardson took advantage of the large crowd to discuss the importance of advancing technology.

“The rate of introduction of technology, which is again, not only entering the market faster and faster but, being adopted by society at just as fast a rate,” said Richardson. “The rules of the game, the rules of competition are changing just as fast if not faster than the competitors themselves.”

Richardson also took a moment to express his gratitude to the Navy League.

“I extend my sincerest appreciation to the Navy League for their efforts in putting together another exceptional exposition,” said Richardson. “The annual Sea-Air-Space Exposition continues to serve as a unique platform for military leadership to participate in deep conversation, spirited debate, and other rewarding engagements.” 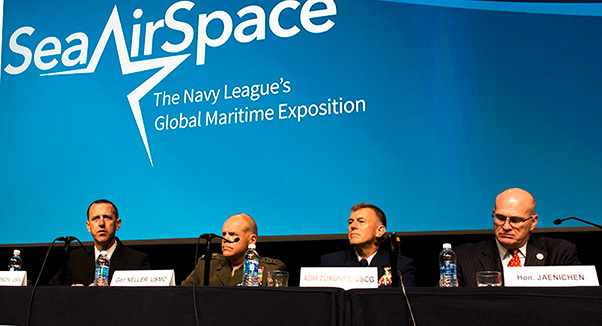 The remainder of the expo will feature panels and roundtable discussions about information warfare, high velocity learning, manpower in the 21st century and strengthening our Navy team in the future.

More than 300 exhibitors will display their products to an estimated 12,000 attendees and representatives from 25 countries, as well U.S. government officials.

“The Navy-Marine Corps team is grateful for this unique opportunity to interact with defense leaders and industry professionals who are fundamental to the progression of our maritime forces,” Richardson noted.

The Navy League’s Sea-Air-Space Exposition was founded in 1965 as a means to bring the U.S. defense industrial base, U.S. private-sector companies and key military decision makers together for an annual innovative, educational, professional and maritime-based event located in the heart of Washington, D.C. Sea-Air-Space is the largest maritime exposition in the U.S. and continues as an invaluable extension of the Navy League’s mission of maritime policy education and sea service support. 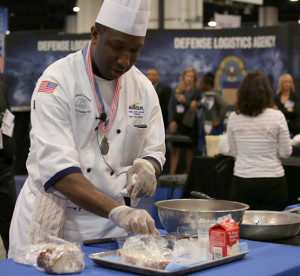 “For more than five decades, the Navy League of the United States has done a remarkable job to make this an enterprising occasion for our sea services to address the challenges we face both today and in our future,” said Richardson.

Sea-Air-Space is open to active duty and reserve military, federal civilian employees, congressional members and staff, retired U.S. military and Navy League Members. There is no charge to attend the three-day exposition and professional seminars.