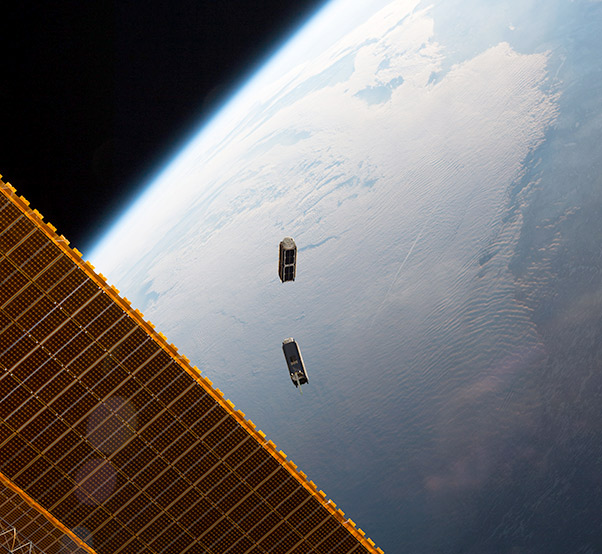 CubeSats fly free after leaving the NanoRacks CubeSat Deployer on the International Space Station on May 17, 2016. Seen here are two Dove satellites. The satellites are part of a constellation designed, built and operated by Planet Labs Inc. to take images of Earth from space. The images have several humanitarian and environmental applications, from monitoring deforestation and urbanization to improving natural disaster relief and agricultural yields in developing nations. A total of 17 CubeSats have been released since Monday from a small satellite deployer on the outside of the Kibo experiment module’s airlock.

Air Force releases guidance on use of cloth face covers