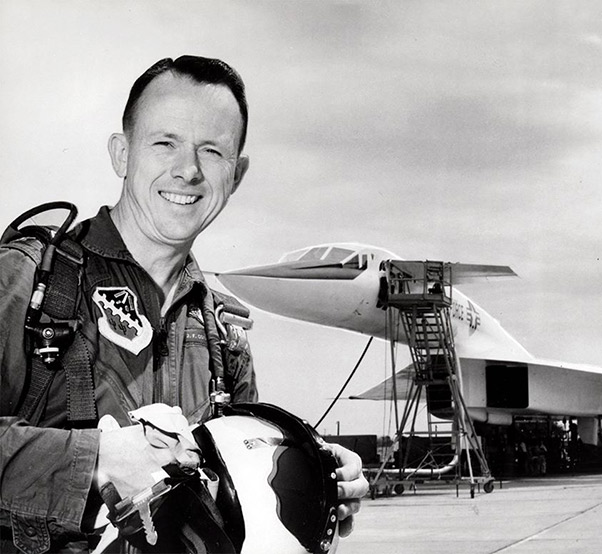 Cotton began his flying career as a World War II bomber pilot and later became a test pilot working many major experimental projects. He was most noted for his work on the XB-70 Valkyrie here at Edwards Air Force Base, Calif.

He was awarded the Air Medal for his action during an emergency with the XB-70 when he extended the jammed nose gear by use of a paper clip. Cotton retired from the Air Force in 1968.