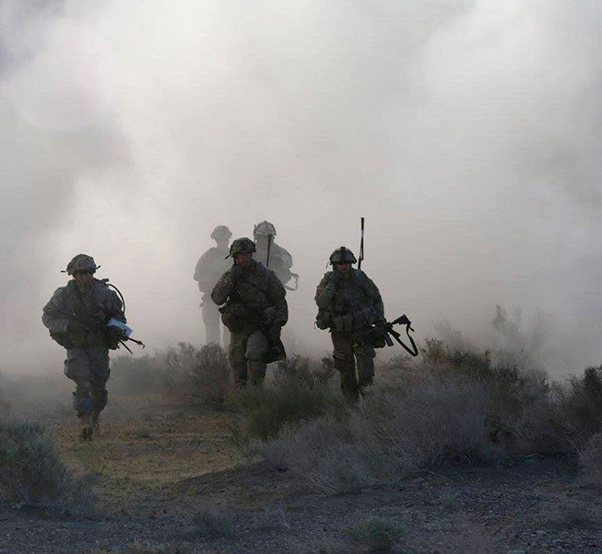 Soldiers assigned to 1st Battalion (attached to 1-2 Stryker Brigade Combat Team for training), 28th Infantry Regiment, 3rd Infantry Division, move under the cover of smoke during Decisive Action Rotation 16-06 at the National Training Center in Fort Irwin, Calif., May 16, 2016. The training focused on the 1-2 SBCT combating a near-peer enemy and smaller militant groups in a foreign country.

Since 1981, military personnel have come and gone through the National Training Center at Fort Irwin, Calif., to prepare for missions around the world.

These month-long rotations are usually geared to prepare a unit for an upcoming mission. For the 1-2 Stryker Brigade Combat Team based at Joint Base Lewis-McChord, Wash., their May 2016 rotation to NTC was a way to hone in on those key fighting skills as a brigade.

“We jumped on the opportunity to try to build upon what we learned at the last NTC rotation and what we learned during the missions we executed in the Pacific,” said Maj. Keith Benedict, the operations officer for 1-2 Stryker Brigade Combat Team. “We are trying to combine lessons learned both from the National Training Center and Pacific Pathways and bring them together during this rotation to experiment further and make our selves better as a unit.”

In January 2016, the “Ghost Brigade” participated in Pacific Pathways, an operation in which units from the brigade were sent to multiple countries in the Pacific, Benedict said. There, the Soldiers worked and trained with their counterparts to build upon each nation’s capabilities and to work through interoperability challenges. Pacific Pathways also helped leaders become accustomed to working in different environments around the world. 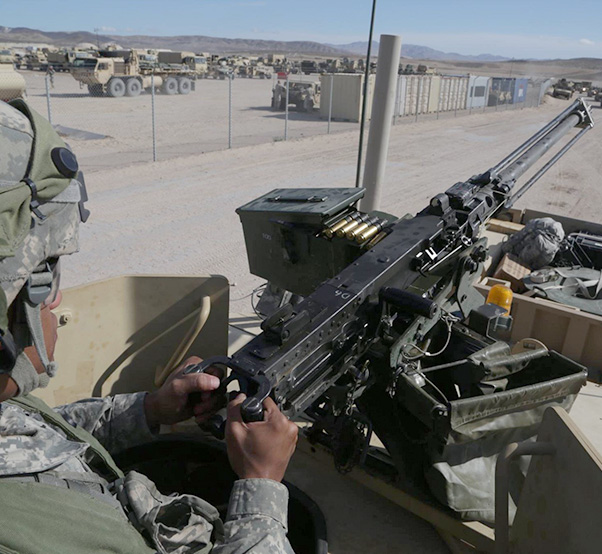 A soldier with 1-2 Stryker Brigade Combat Team acts as a guard during Decisive Action Rotation 16-06 at the National Training Center in Fort Irwin, Calif., May 6, 2016.

“While in Thailand, Korea and the Philippines, our soldiers trained and interacted at the individual, company, and staff level in order to learn how to deploy into that theater with which our brigade is aligned,” Benedict said. “This helped build the capabilities and partnerships with those countries and will yield dividends in the event of a humanitarian crisis or any other time our Soldiers may be called upon.

“We have got to make everything a learning environment,” he said. “We serve no purpose if we don’t understand our operating environment. We must seek every opportunity to challenge our ability to operate in a humanitarian aid, decisive action or combined arms maneuver capacity — while fighting an adversary, if need be.”

NTC is the only place where the unit gets to operate as a brigade in an environment that trains and facilitates all aspects related to that, said Maj. Garrett Shannon, the intelligence officer for 1-2 SBCT. Even at home station, it is very difficult to replicate all the moving pieces, speed and complicated measures that come into brigade operations.

“Back at home station, we don’t have the same training effectiveness of a thinking enemy with a chain of command that is planning and operating against us,” said Shannon. “It is just really not possible to replicate the large mass of enemy Soldiers and be given sufficient time to interact with each other back at home.” 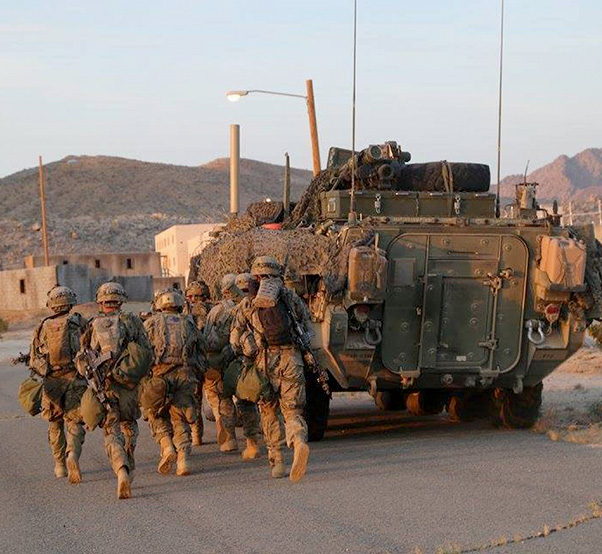 According to Benedict, the U.S. Army has been operating and training in the last decade with counterinsurgency (COIN) in mind. Many of today’s leaders have COIN experience, but many of our most senior leaders were in the Army before the COIN era and understood how to execute decisive action (the continuous, simultaneous combinations of offensive, defensive, and stability or defense support of civil authorities tasks).

“As an infantry officer, I have deployed in a counterinsurgency environment,” Benedict said. “I have learned to operate within that capacity, but I have not deployed in a decisive action environment. So the opportunity to understand how to maneuver, how to execute security tasks, while facing a capable adversary, is something that used to be the Army’s bread and butter.

“We had gotten away from for a bit out of necessity because of the mission set we were presented,” he said. “But we recognize that in the future we may be called upon to do any number of missions, and the decisive action training methodology is ultimately is what is going to allow us to operate in any environment.” 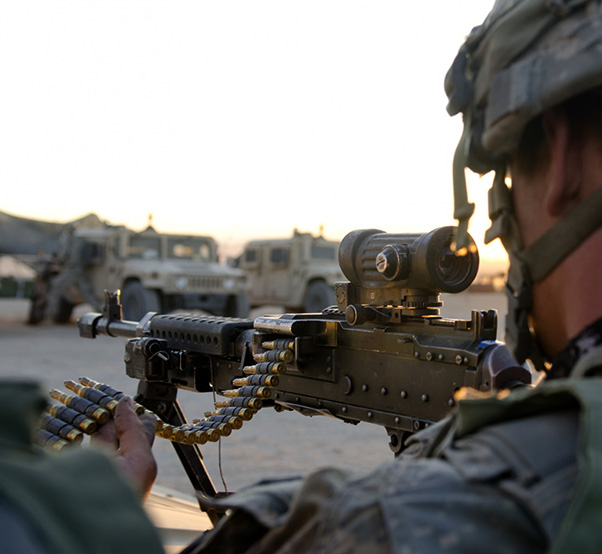 A soldier assigned to 1-2 Stryker Brigade Combat Team prepares to fire back at enemy soldiers during Decisive Action Training Rotation 16-06 at the National Training Center in Fort Irwin, Calif., May 16, 2016.

“Escalations of conflict or a disaster could happen at any time and that could put us into a humanitarian situation where we have to be ready to take on any one of those tasks,” said Shannon. “If we were not able to use a training environment such as NTC on an annual basis, it would really be a deficit, regardless if there is a an upcoming deployment or not.”

“… I have found this experience to be truly humbling and eye opening,” said Benedict. “As a field grade officer responsible for the operations of this brigade, there has been no limit to the amount of pressure and challenge presented to me during this rotation. I know that we will emerge from it stronger and be more capable of operating in any environment.”