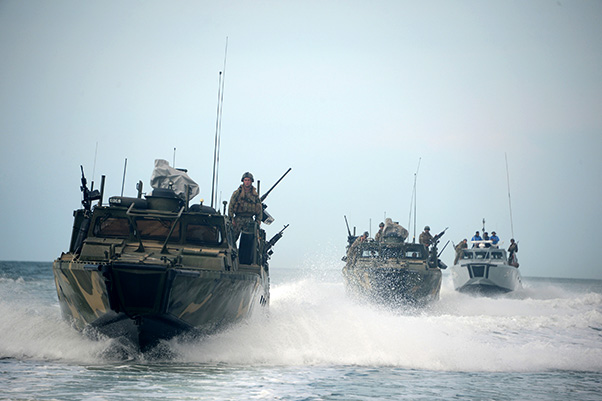 “Our persistent engagement with our allies and partners through CARAT builds trust and creates strong relationships that endure beyond the exercise series,” said Rear Adm. Charles Williams, commander, Task Force 73.”This translates to increased readiness and interoperability that allows us to work closely with navies across the region and enhance cooperative maritime security.”

CARAT Malaysia will take place on the ground in Sandakan and in the waters and airspace of the Sulu Sea. The Malaysian Armed Forces have participated in CARAT since the exercise series began in 1995 and this year’s exercise reflects more than two decades of increasingly complex training ashore, at sea and in the air.

The harbor phase for CARAT Malaysia will feature an amphibious landing, as well as explosive ordnance training, medical and dental capabilities seminars and a civil-engineering project. At sea, flight operations, coordinated gunnery drills and surface warfare maneuvers will highlight an exercise that continues the trend of increasing complexity each year. 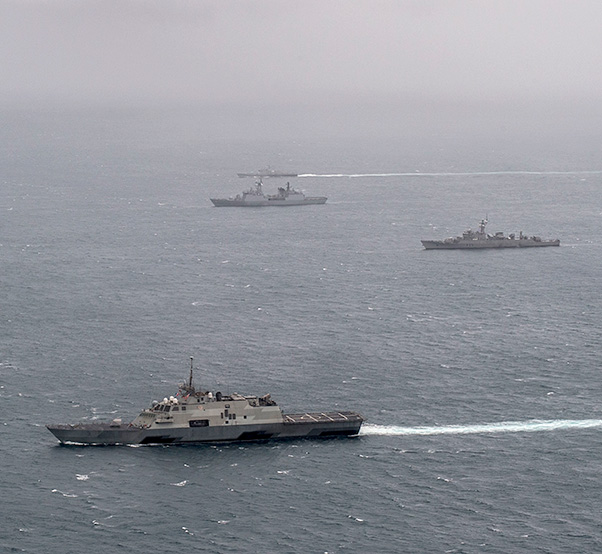 Ships from the Bangladesh and U.S. navies gather in formation during Cooperation Afloat Readiness and Training (CARAT) Bangladesh 2015. CARAT is an annual, bilateral exercise series with the U.S. Navy, U.S. Marine Corps and the armed forces of nine partner nations.

“We’ve been working very closely with the Malaysian Armed Forces for 22 years as part of CARAT,” said Capt. H.B. Le, commodore Destroyer Squadron 7. “Over that time we’ve developed a familiarity with each other’s capabilities that allows us to push the envelope with the planning and execution of each exercise, something that is important in such a diverse maritime environment.”

While the exercise series remains bilateral at its core, elements of CARAT 2016 will include multi-lateral cooperation ranging from observers to training activities. 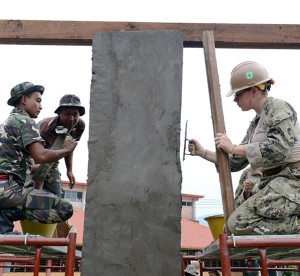 CARAT 2016 will be the most complex series to date. It’s continuing relevance for more than two decades speaks to the high quality of exercise events and the enduring value of regional cooperation among allies and partners in South and Southeast Asia.