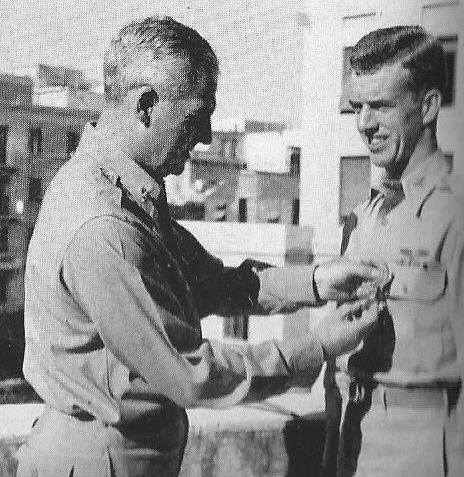 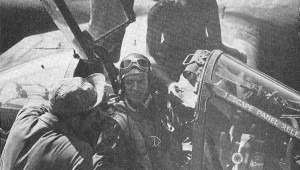 Being Memorial Day weekend I was searching for a story that would reflect service to country and sacrifice by an individual that had ties to the Antelope Valley and in particular the flight test community at Edwards AFB.

It wasn’t long before a name started to make the rounds in my head and a story started to form up to be shared.

The 154th Weather Reconnaissance Squadron started out in North Africa in World War Two and would eventually end up in Italy preforming observation and reconnaissance missions that flew deep into Germany.

These “Cowboys” were many times the independent contractors that would fly into a target area to recon it for conditions for an up and coming bombing mission.

Many times unarmed and alone with their only defense being their flying skills and speed, their plane of choice was the P-38 lightning. Sometimes armed with only cameras a skillful pilot at low altitude could get in and out of an area without being detected and these men were very good at preforming their missions.

Fast forward to the 1960s and one of these pilots would be making the rounds in our community taking part in public events, coaching local little league teams and touching my life with his involvement in our local YMCA.

Looking up to this pilot who, to us young people, had the makings of a real American hero and as a NASA test pilot he was living the life that few could ever realize but every young boy and yes even some girls wanted and hoped they could achieve that life one day .

Joseph A. Walker, America’s seventh astronaut from Washington, Penn., cut his teeth in the cockpit of those lone P-38s in World War Two. 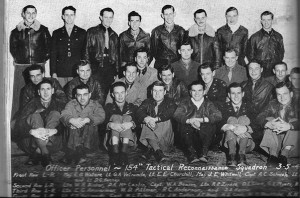 Not the glamorous flying that would produce an ACE status but a very important mission that was critical to victory in Europe and a quick end to the war. Many of his squadron mates would fly those missions never to be seen again and Captain Walker had some close calls himself as stated in his squadron’s history.

Joe’s test pilot years were legendary, he flew the hot planes and he was one of the best flying those test profiles and passing on the information to the engineers that would tap into those “Shoulder top computers” that were the key to aircraft design flaws.

So today we have a school here in the valley named after him and a statue on Lancaster Boulevard that remembers “Little Joe” and all of his achievements in the skies over the Antelope Valley.

But for me on this Memorial Day weekend I will remember that lone Army Air Corps captain skimming the European country at tree top level bringing back the information that would save the lives of thousands of American soldiers and helping to bring an end to the greatest war in world history.

Capt. Joseph A Walker, on this day, in your memory, we thank you for your service not only to this country and the freedoms we enjoy but also for the advancements in aviation that you helped develop with your skills as an American Test Pilot.

Till next time Bob out ….