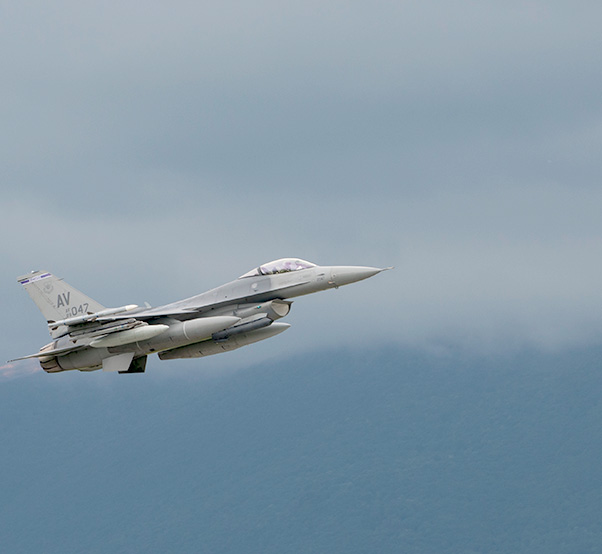 An F-16 Fighting Falcon departs from the 31st Fighter Wing at Aviano Air Base, Italy, for Lask Air Base, Poland, June 1, 2016, to participate in Aviation Detachment 16-3, a rotation of quarterly flying missions in support of Operation Atlantic Resolve. During this deployment, 14 F-16s from the wing, along with six F-16s from the 138th FW at Tulsa Air National Guard Base, Okla., and support personnel will conduct bilateral training with the Poland Air Force to bolster interoperability between nations.

About 350 personnel are supporting 20 F-16 Fighting Falcons from the 31st Fighter Wing at Aviano Air Base, Italy, and the 138th Fighter Wing at Tulsa Air National Guard Base, Okla., as part of bilateral flying training with the Polish Air Force.

The Aviation Detachment 16-3 training is aimed to improve familiarization of operational and logistical processes, to maintain joint readiness, and build interoperability capabilities.

Lt. Col. Jason Repak, the commander of Detachment 1, 52nd Operations Group, said, “Aviation Detachment 16-3 is a great opportunity for our (deployed) aircrews to hone their operational skills from a forward operating location.”

He explained the importance of the unit’s forward presence and highlighted how hosting rotational training strengthens the U.S. and Polish alliance.

“The AvDet purpose is to maintain a small footprint in a key region at minimal cost with strategic impacts,” he said. “Our enduring presence allows the U.S. to build upon a strong relationship with our Polish allies. The AvDet strengthens this relationship by fostering an environment for unique bilateral training opportunities while bolstering regional security as the sole long-term (U.S. Air Force) unit presence in Eastern Europe.” 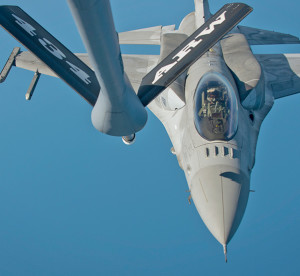 A Polish Air Force F-16 pilot maneuvers his aircraft to be refueled by a KC-135 Stratotanker from the 434th Air Refueling Wing at Grissom Air Reserve Base, Ind., during Baltic Operations 2016 over Poland June 6, 2016. About 6,100 maritime, ground, and air force troops from participating nations will demonstrate maritime interdiction, anti-subsurface warfare, amphibious operations, and air defense in a joint environment to ensure regional security.

The aviation detachment is a 10-person unit from the 52nd Fighter Wing at Spangdahlem AB, Germany, stationed in Poland to support quarterly rotations of flying missions. This recurring training is conducted in coordination with the government of Poland to bolster interoperability between nations.

The current enduring presence at Lask AB and the detachment’s presence in Poland make it possible to host multiple allied air force elements and serve as a regional hub for air training and multinational exercises.

“Every rotation brings its own unique set of opportunities to explore new ways to train together and to increase our respective capabilities,” Repak explained. “This particular rotation involves a fairly complex allocation of forces to four strategically important exercises.”

While in Poland as part of quarterly training for AvDet 16-3, the participating units will also support the concurrent exercises Baltic Operations 2016, Saber Strike 2016, Swift Response 2016 and Anakonda 2016.

“Living and working with the Polish every day reinforces bilateral ties while strengthening relationships and interoperability between U.S., Poland and NATO,” Repak said. “Periodic rotational forces are a means to bolster this relationship by creating opportunities to train together and share best practices between U.S. and Polish operators, maintenance and support personnel.” 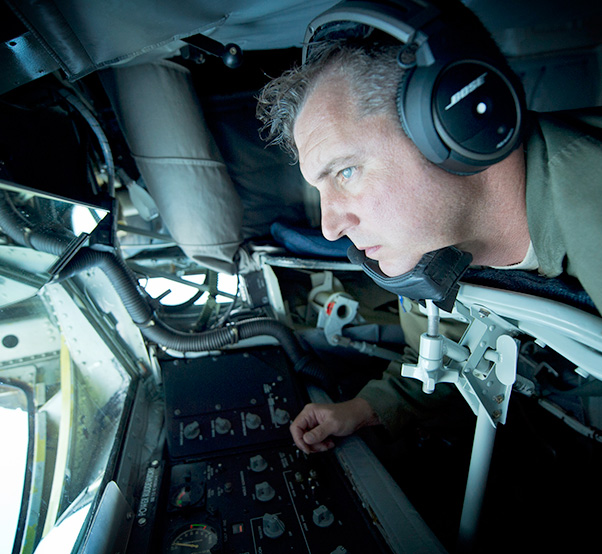 MSgt. Mike Morgan, a 434th Air Refueling Wing boom operator from Grissom Air Reserve Base, Ind., operates the boom to refuel a Polish F-16 during Baltic Operations 2016 at Powidz Air Base, Poland, June 6, 2016. Deployed forces will work in tandem with naval forces to enhance flexibility and interoperability with participating NATO allies and partner nations by conducting a series of realistic, combined flying training including air defense, maritime awareness and support to amphibious operations.