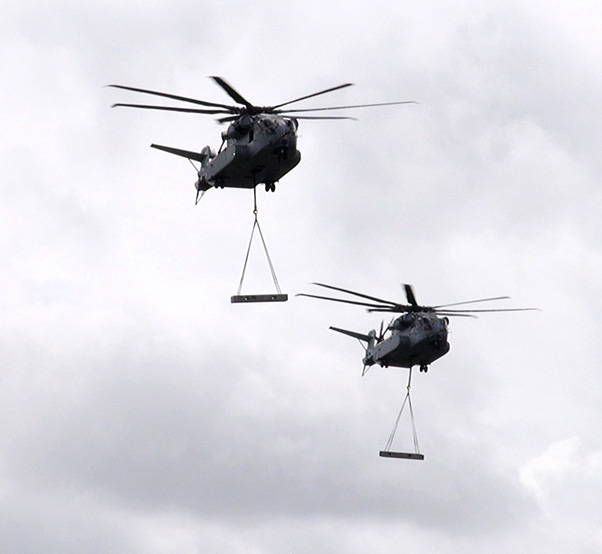 A pair of King Stallions conducted external load flight tests June 7 at Sikorsky Aircraft Corporation’s Development Flight Center in West Palm Beach, Fla. Each CH-53K carried 12,000 lb. loads; one aircraft conducting flight expansion tests, the other a training flight in preparation for operational test with U.S. Marine Corps Operational Test Pilot Lt. Col. Foster Carlile at the controls. Flight expansion tests will continue on both aircraft with incrementally increasing speeds and then up to the CH-53K’s requirement, a 27,000-lb. external payload. The most powerful helicopter in the Department of Defense, the CH-53K is on track for an Operational Assessment (OA) in 2016 and a 2019 initial operational capability to deliver four aircraft, which includes combat ready crews, logistically prepared to deploy.