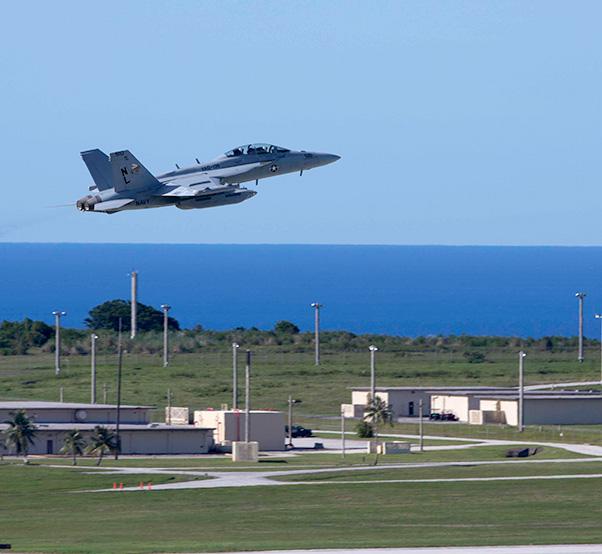 An EA-18G Growler assigned to Electronic Attack Squadron (VAQ) 138 departs Andersen Air Force Base, Guam, during Exercise Valiant Shield 14. The biennial U.S.-only exercise focuses on engaging units at sea, on land, and in cyberspace in response to a range of mission areas.

In addition to bilateral training missions, Growler aircraft will support routine operations that enhance regional maritime domain awareness and assure access to the air and maritime domains in accordance with international law.

The detachment is composed of four aircraft and about 120 personnel assigned to the Electronic Attack Squadron (VAQ) 138 expeditionary squadron based at Naval Air Station Whidbey Island, Washington. Previous VAQ-138 detachments like this one have completed deployments to locations throughout the Indo-Asia-Pacific and participated in several exercises with allies and partners. 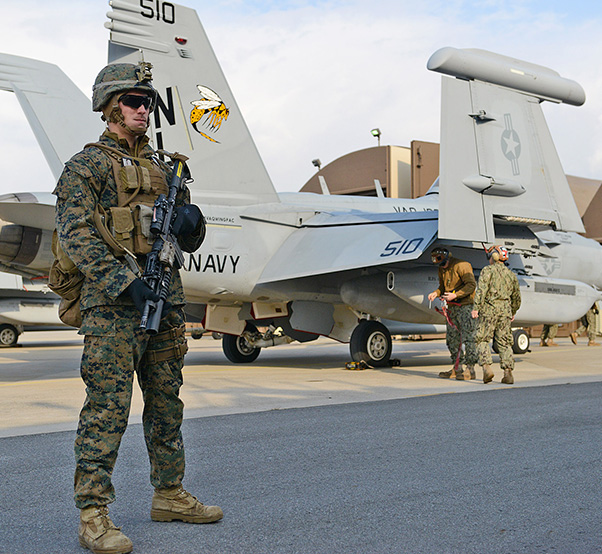 A Marine from Fleet Antiterrorism Security Team Pacific (FASTPAC) stands watch for Electronic Attack Squadron (VAQ) 138 at Kunsan Air Base in the Republic of Korea. VAQ-138 is in Kunsan participating in Max Thunder, an exercise that integrates U.S. and Republic of Korea forces to train for air-to-air and air-to-ground missions to ensure mutual understanding and cooperation between the two nations.

This detachment is part of a U.S. Air Contingent established by U.S. Pacific Command in April with the approval of the Government of the Philippines to promote interoperability and security cooperation. AFP offered to host the U.S. Air Contingent at Clark Air Base to train with their FA-50 fighter pilots and support units located there. 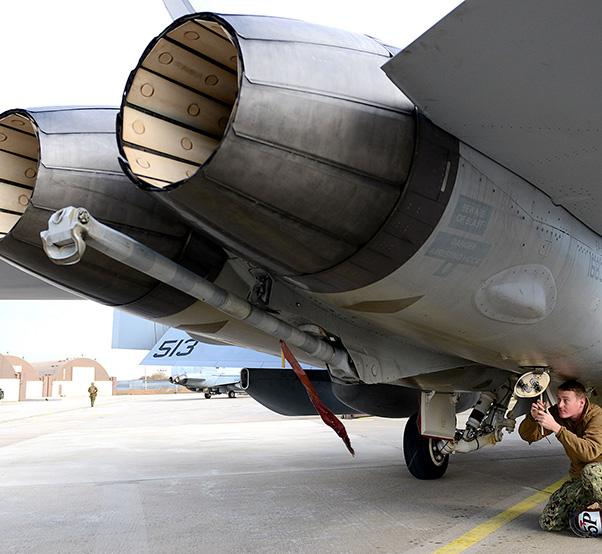 A sailor from Electronic Attack Squadron (VAQ) 138 performs maintenance on an EA-18G Growler at Kunsan Air Base, Republic of Korea. VAQ-138 is in Kunsan participating in Max Thunder, an exercise that integrates U.S. and Republic of Korea forces to train for air-to-air and air-to-ground missions to ensure mutual understanding and cooperation between the two nations.