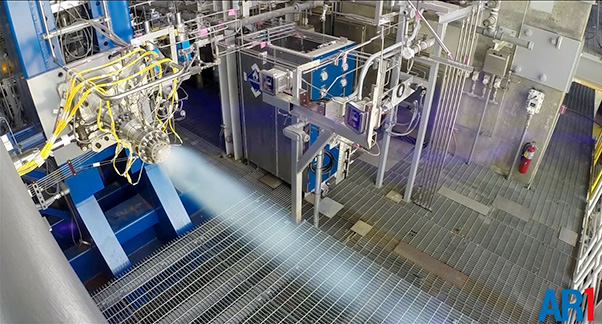 The test series successfully verified key preburner injector design parameters for the company’s AR1 engine that is being designed to end use of Russian engines for national security space launches.

Preburner testing is the latest AR1 program milestone achieved on the AR1 program and further demonstrates that the company has consistently met every milestone laid out in its plan since the program began in 2014. This testing is a continuation of earlier preburner testing at NASA’s Marshall Space Flight Center and Aerojet Rocketdyne’s Sacramento, Calif., location.