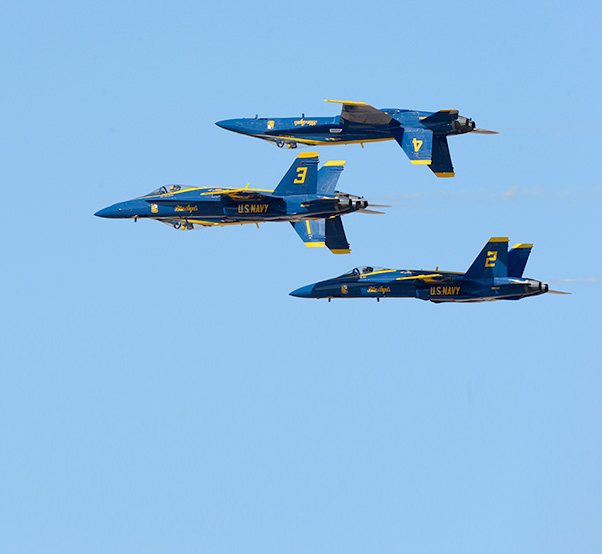 The Blue Angels temporarily stood down, canceling three weekend shows following a crash on June 2 during a practice in Smyrna, Tenn., in which Marine Capt. Jeff Kuss was killed.

The Team will fly a modified five jet demonstration in Traverse City, along with Fat Albert, the Blue Angels C-130.

“The Team is proud to resume the Blue Angels mission, representing the pride and professionalism of the Navy and Marine Corps, and inspiring a culture of excellence,” said Cmdr. Ryan Bernacchi, commanding officer and flight leader. “The Blue Angels are looking forward to flying in Traverse City, Michigan, Fourth of July weekend, and are also honored to have the opportunity to perform in celebration of our great nation’s Independence Day. Our fans and the entire air show industry have been extremely patient as we have navigated through this very difficult loss of our teammate, and for that, we will always be grateful.”

The Blue Angels will pick up with their schedule with Traverse City, Gary, Ind., and Pensacola, Fla.