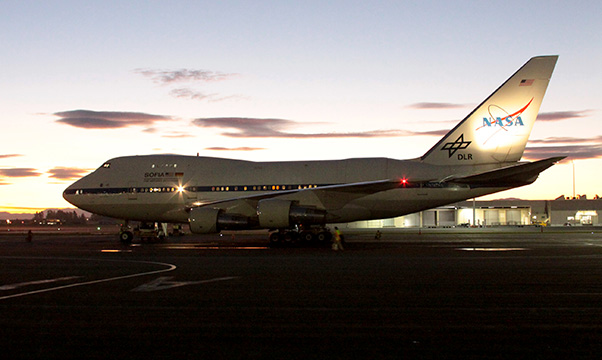 On June 15, a crack was found in the thrust ring of one of SOFIA’s four Pratt & Whitney JT9D-7J engines during a routine inspection. To rectify the problem SOFIA’s team sourced a replacement engine from its SOFIA’s inventory of spare parts and delivered to the observatory’s current operating location at the National Science Foundation’s U.S. Antarctic Program base at Christchurch International Airport, New Zealand.

NASA SOFIA technicians removed the unit in question and replaced it with the serviceable engine. Inspections and preflight tests have been completed and crews are preparing the observatory for the next science mission, scheduled for June 28 (New Zealand date).

NASA publishes Artemis Plan to land first woman, next man on Moon in 2024