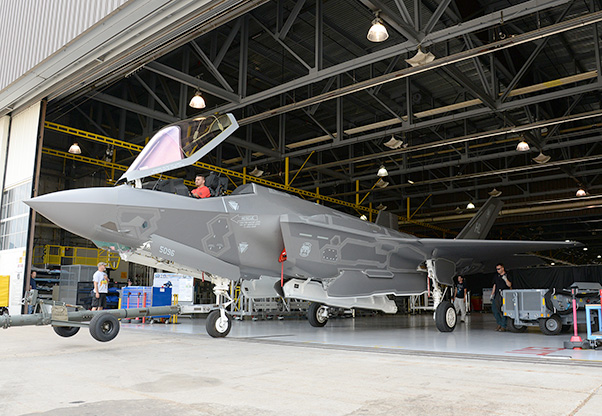 The 388th Fighter Wing’s 12th F-35A Lightning II is towed from a hangar at Hill Air Force Base, Utah. Hill’s Ogden Air Logistics Complex recently completed modifications on the 12th aircraft, which will give the 388th FW and Reserve 419th FW the minimum number of aircraft required to reach “initial operational capability,” or combat-readiness. The units are expected to reach IOC sometime in August-December 2016.

The June 30, 2016, delivery gives the two wings the minimum number of aircraft required to reach “initial operational capability,” or combat-readiness.

The goal is to declare IOC between August and December 2016 when the 34th Fighter Squadron is equipped with 12-24 aircraft, Airmen are trained, manned and equipped to conduct basic close air support, interdiction, and limited suppression and destruction of enemy air defenses.

“We are working extremely hard to achieve the operational milestones required for the Air Force to declare the F-35 combat ready,” said Col. Brad Lyons, 388th Fighter Wing commander. “We couldn’t have done any of it without the required modifications performed at the depot here.”

The 34th Fighter Squadron received the first combat-coded F-35As in September 2015. After flying and testing them, the F-35 Program executive officer determined the aircraft needed specific modifications before they are combat ready.

“The purpose of the depot-level mod was to correct an overpressure condition in the fuel system during elevated G-maneuvers,” said Capt. Jeremy Geidel, 570th Aircraft Maintenance Squadron deputy commander.

A “G” is a force being equal to that of gravity.

The F-35A has been designed to withstand maneuvers of up to 9 G’s. With the overpressure exceeding tank structural limits, lower restrictive G-limits were necessary for safe flying operations until the modification could be completed. 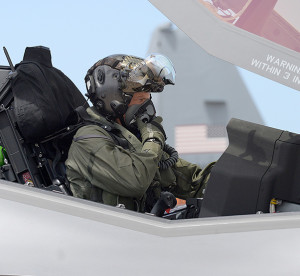 In order to save maintenance time, the Ogden ALC also completed two more unit-level mods that would have removed the aircraft from flying status for several more days.

Those modifications were related to the fuel overpressure condition and another that prevented fuel migration between internal fuel tanks, Geidel said.

“The initial aircraft required 35 days to complete. We were able drive it down to 26 days or less,” Geidel said.

Maintainers also coordinated the schedule closely with the 34th Aircraft Maintenance Unit to reduce the impact on depot and flying operations.

The base is slated for three operational F-35 squadrons and a total of 78 aircraft by the end of 2019.

The 388th and 419th FWs fly and maintain the Air Force’s newest fighter aircraft in a Total Force partnership, which capitalizes on the strengths of the active duty and reserve components.