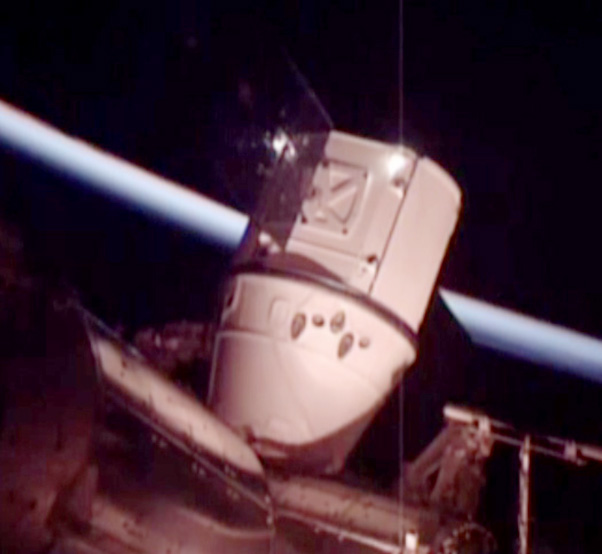 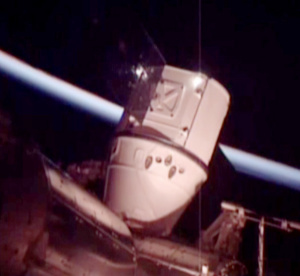 The SpaceX Dragon cargo spacecraft was bolted into place on the Harmony module of the International Space Station at 10:03 a.m., EDT, July 20 as the station flew about 252 statute miles over the California and Oregon border.

The spacecraft is delivering nearly 5,000 pounds of science, hardware and supplies, including instruments to perform the first-ever DNA sequencing in space, and the first of two identical international docking adapters. The IDAs will provide a means for commercial spacecraft to dock to the station in the near future as part of NASAfs Commercial Crew Program.

Dragon is scheduled to depart the space station Aug. 29 when it will return critical science research back to Earth. It is the second cargo spacecraft to arrive on station this week. On July 18, a Russian ISS Progress 64 cargo craft docked to the Pirs docking compartment of the space station at 8:22 p.m., where it will remain for about six months.