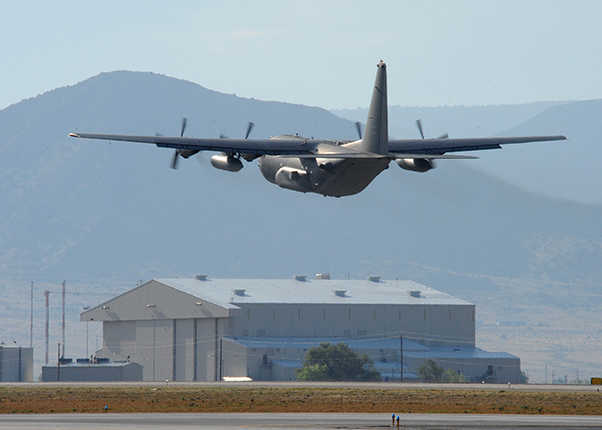 A mainstay aircraft at the 58th Special Operations Wing since its arrival in 1992, the MC-130H Combat Talon II is no more.

“It’s extremely emotional,” said Col. Doug Carroll, 58th Special Operations Wing vice commander who was part of the crew tasked with delivering the aircraft to Hurlburt. “This is truly the end of an era.”

The particular aircraft and aircraft type have been linked to Carroll’s career since his arrival at the 58th in 1997 for initial qualification training. He also flew 1699, while it was assigned to RAF Mildenhall, England, during Operation Allied Force. Many members of the 58th and 550th (where the Talon II has been assigned at Kirtland) claimed similar ties.

Lt. Col. Richard Gunn, the Talon II program manager at the 58th Training Squadron and a Talon II evaluator pilot with the 550th, was also part of the delivery crew. He went through initial qualification training in the aircraft at Kirtland in 2006.

“It’s one of the longest-standing programs here. We’ve been here for 23-plus years,” Gunn said.

Gunn is set to follow the aircraft to Hurlburt, where he will also serve as the Talon II program manager.

Gunn explained that the 550th’s other two Talon II aircraft left in the last 60 days, and that graduate pilot training for pilots and combat systems officers on this airframe will now happen exclusively at Hurlburt. The “legacy” C-130 platforms have all been in the process of being phased out at Kirtland, with MC-130P Combat Shadows already gone and the HC-130P Combat Kings soon to depart, Gunn added. 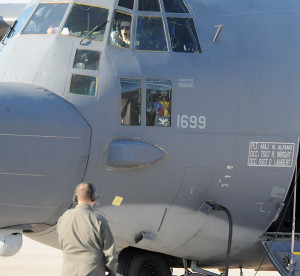 The Air Force has transitioned to replacement weapon systems from the burgeoning fleet of C-130J models, already employed at the 58th under the 415th Special Operations Squadron. But the Talon II, with its unique precision navigation, terrain-following radar and self-protection measures, has yet to be replicated in a J-model setup, according to Gunn. The Talon is expected to be needed until at least 2025.

“We’re the penetrating platform, the guys that go on the other side of the battle line — infiltration, exfiltration, helicopter refueling, combat search and rescue — we can do, pretty much any mission that comes up,” Gunn said.

As flight and maintenance crews prepared the aircraft for its departure, a stream of nostalgic Airmen visited 1699 one last time, sharing stories about its glorious service.

“It’s sad,” Baker said. “We’ve been together here since it came on line. It’s bittersweet.”

At Hurlburt, however, members of the 19th SOS were excited about the prospect of receiving the aircraft and continuing its legacy, according to Lt. Col. John Tharp, commander of the 19th SOS.

“The 19th SOS is proud to carry on the tradition of training MC-130H Talon II aircrew and providing combat ready forces to (Air Force Special Operations Command) operational squadrons. The Talon II has been a stalwart aircraft, with a range of capabilities and flexibility, it has endured for nearly 25 years as a key weapon system in special operations and we stand ready for the opportunity to train the next generation of Air Commandos.”