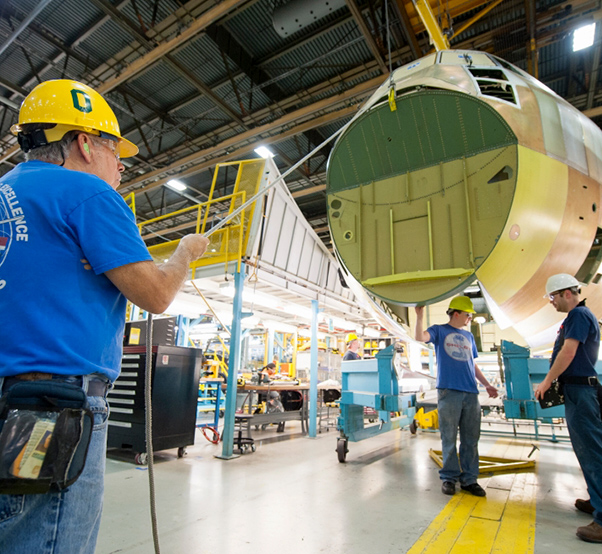 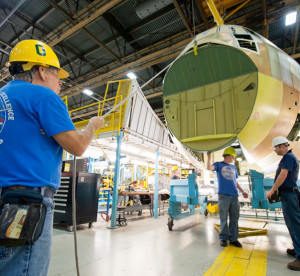 The LM-100J is the commercial version of Lockheed Martin’s proven C-130J Super Hercules aircraft — the unmatched airlifter of choice for 16 nations. The LM-100J will perform as a commercial, multi-purpose air freighter capable of rapid and efficient cargo transport.

Recent production accomplishments include the completion of the aircraft wings; delivery of the empennage, manufactured by the Tata Lockheed Martin Aerostructures Ltd. joint venture in India; commencement of cabtop construction; and the arrival of the LM-100J’s cargo deck, manufactured at Lockheed Martin’s facility in Meridian, Mississippi.

“As this first LM-100J Super Hercules freighter progresses in production, so does a new era in commercial aircraft operations,” said George Shultz, vice president and general manager, Air Mobility & Maritime Missions at Lockheed Martin. “Our existing L-100 operators have repeatedly shared with us that the only replacement for a Herc is a Super Herc,and we are proud to meet this demand with the LM-100J. There is a significant global requirement for commercial freight operations to support operations in more austere areas. The LM-100J will not only meet these demands, but exceed them by delivering new and unmatched capabilities to the commercial marketspace by transporting cargo on any runway, anywhere, all the time.”

The first LM-100J will progress through final production phases over the next few months, with an anticipated first flight in the first half of 2017.

The LM-100J incorporates technological developments and improvements over the existing L-100s that have resulted from years of military C-130J operational experience — including more than 1.3 million flight hours. The result of this experience and advancement translates to an aircraft that will deliver reliable service in a multi-role platform for decades to come.