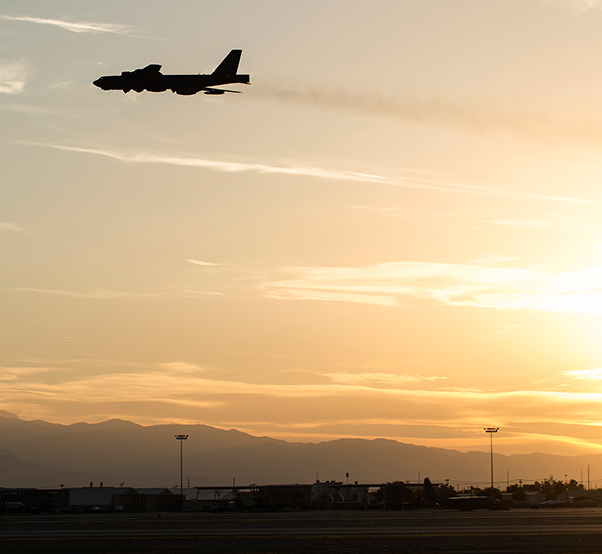 An Air Force Reserve Command B-52H Stratofortress takes on for an evening mission on June 8, 2016, Nellis Air Force Base, Nev. The aircraft is assigned to the 307th Bomb Wing at Barksdale Air Force Base, La., and is at Nellis in support of the 340th Weapons Squadron.

One B-52 Stratofortress from the 307th Bomb Wing, Air Force Reserve Command, Barksdale, La., departed Aug. 23 to participate in the Slovak International Air Fest at Sliac Air Base, Slovakia, from Aug. 27–28, 2016.

During this event, the B-52 Stratofortress will participate as a static display and support personnel will provide aircrew, aircraft maintenance and administrative support.

Participation in this premier event highlights the strength of the U.S. commitment to the security of Europe and demonstrates that U.S. industry is producing equipment that will be critical to the success of current and future military operations.