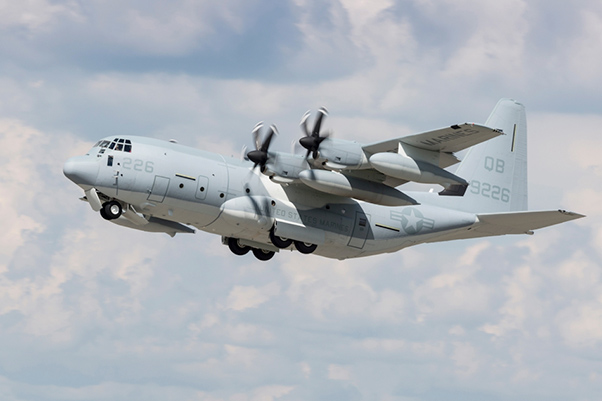 This KC-130J is assigned to Marine Corps Air Station Miramar, Calif. The Marine Corps has the distinction of operating the largest KC-130J fleet in the world.

As a member of the proven C-130J Super Hercules family, the KC-130J is battle-tested and delivers unmatched tanking capabilities — delivering fuel to a multitude of platforms, from helicopters to the F-35B Lightning II, the world’s most advanced 5th generation multirole fighter.

“The U.S. Marine Corps is one of the most visible KC-130J operators in the world, providing vital support where it’s needed most,” said George Shultz, vice president and general manager, Air Mobility & Maritime Missions at Lockheed Martin. “We value our partnership with the Marine Corps and know that much of the success of the KC-130J platform is due to the multiple missions carried out by Marine crews on this aircraft. Congratulations to the U.S. Marine Corps on delivery of this milestone KC-130J!”

The C-130J Super Hercules is the proven standard in tactical airlift, providing a unique mix of versatility and performance to complete any mission, anytime, anywhere. The Super Hercules worldwide fleet has more than 1.3 million flight hours to its credit and is flown by 19 different operators.