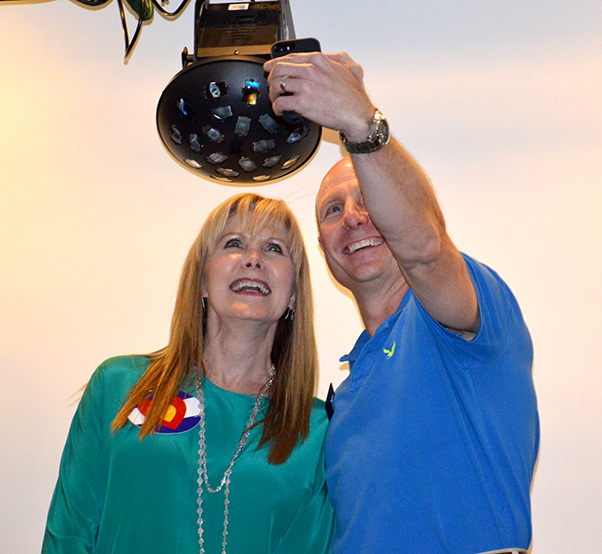 Selfie with a star — Brig Gen. Carl Schaefer said he always wanted to take a photo with a “rock star,” then pulled out his cell phone at Vicki Medina’s farewell party. Medina has served on the Antelope Valley Board of Trade for over 12 years and will be greatly missed.

Vicki S. Medina receives accolades from the community including Brig. Gen. Carl Schaefer, commander of the 412th Test Wing at Edwards AFB, during a recent farewell party at the Hilton Garden Inn. Medina served on the Antelope Valley Board of Trade from 2004-2016. Starting out as a secretary, she became the executive director in 2010. Many guests said that Medina has been the best cheerleader for the Antelope Valley, often spending her own dime to promote aerospace and other businesses in Washington, D.C. She is retiring and moving to Colorado to be closer to family.