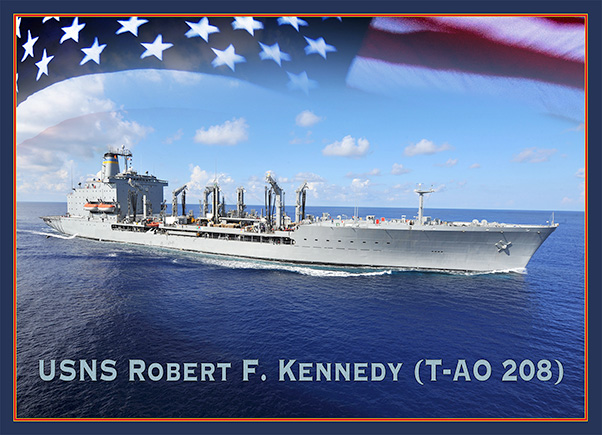 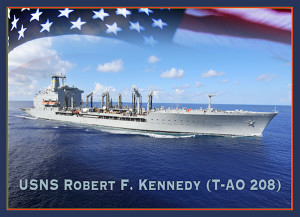 Secretary of the Navy (SECNAV) Ray Mabus announced Sept. 20 that the next ship of the next generation of fleet replenishment oilers will be named USNS Robert F. Kennedy (T-AO 208).

A ceremony marking the announcement was held at the John F. Kennedy Presidential Library in Boston.

T-AO 208 is part of the John Lewis-class of ships named in honor of U.S. civil and human rights heroes.

“This class of ships would be incomplete absent the name Robert F. Kennedy,” said Mabus. “He was a Navy man, a U.S. attorney general, a senator, and a leader who committed, and ultimately sacrificed, his life to pursuing justice, equality and freedom.”

In this role, Robert Kennedy fought organized crime and fought for civil rights for African Americans. He also served as a close advisor to the president.

As a senator, he was a committed advocate of the poor and racial minorities.

While in Los Angeles campaigning for the Democratic presidential nomination in June 1968, Kennedy was shot and killed at age 42. Kennedy, the father of 11 children, is buried at Virginia’s Arlington National Cemetery.

The future USNS Robert F. Kennedy will be operated by Military Sealift Command and provide underway replenishment of fuel and stores to U.S. Navy ships at sea and jet fuel for aircraft assigned to aircraft carriers. Construction is expected to begin on Robert F. Kennedy in 2021 at General Dynamics National Steel and Shipbuilding Corporation (NASSCO) in San Diego.