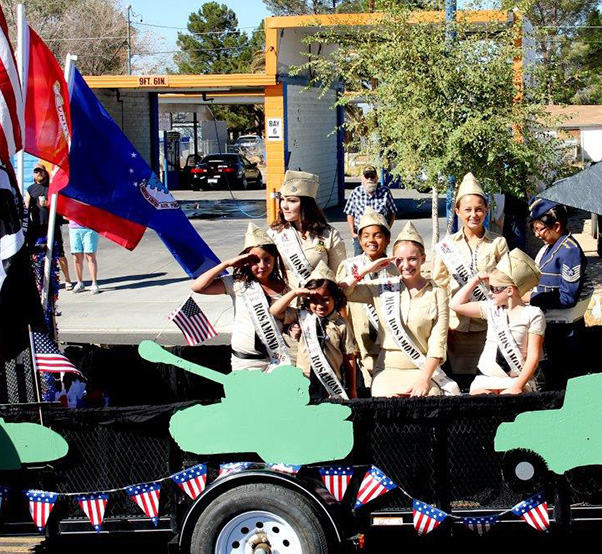 “We are here to appreciate the community that supports us so well,” said CMSgt. Chris Lantiagne. A heartfelt dance performed by Desert Dance of Cal City was among one of their favorite presentations. 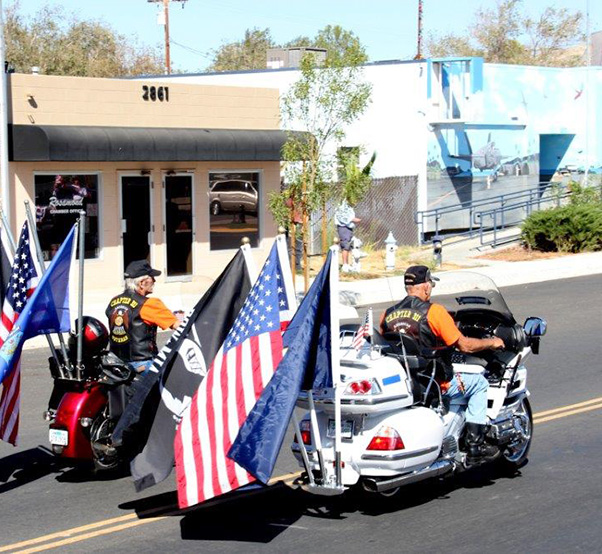 Wearing his army uniform jacket and cap and sitting next to his daughter, Mary, Grand Marshall John Humphrey, 92, perched on top of a yellow Mustang driven by Russ Erb, a retired Air Force veteran.

Humphrey was a paratrooper in the 82nd Airborne Division and earned a Bronze Star and two Purple Hearts. On Christmas Eve 1944, he was wounded during the Battle of the Bulge and still has shrapnel in his back.

“I still have a hard time trying to keep up with him,” said his daughter Mary as she was hopping on top of the Mustang. 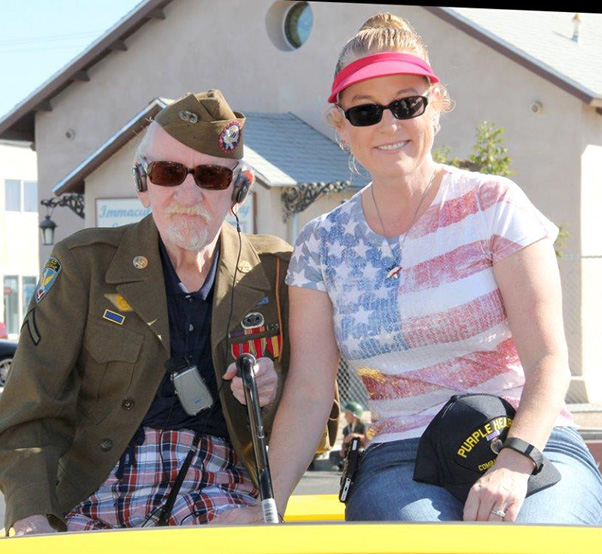