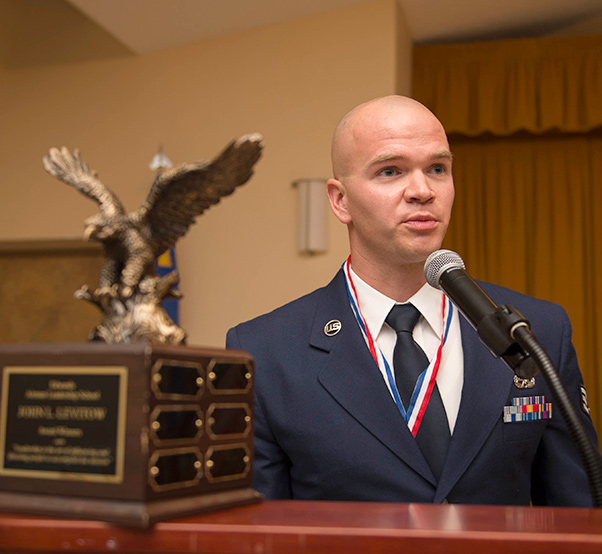 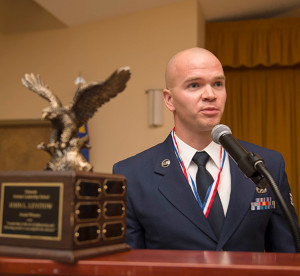 Senior Airman Brian Cozzie, 412th Maintenance Squadron, is Airman Leadership School Class 16-G’s John L. Levitow Award winner. The Levitow award is presented to the student that demonstrated the most outstanding leadership and scholastic qualities. Selection for the Levitow award is based on academic performance and assignment of points by peers and instructors. Class 16-G graduated Sept. 29, 2016, at Club Muroc.

Twenty-seven senior airmen, not only from Edwards but from throughout the region, took the stage at Club Muroc during the graduation ceremony. Congratulations to all Airmen who took the next step in their Air Force careers.