Checkered Flag affords fifth and fourth generation enterprises the opportunity to integrate with each other during realistic and large-scale operations.

The largest change between Checkered Flag and other exercises for the 33 FW is the cross-pollination of information that takes place between platforms.

Previously, pilots and mission planners from the 33rd FW were physically separated from other exercise players. With Airmen on station at Tyndall AFB that gap is closed and pilots, air battle managers and intelligence personnel can debrief their lessons learned together, which is critical to the development of F-35 integration tactics.

“The biggest pro of this exercise is the fact that we get to be a part of the entire mission planning cycle,” said Maj. Brad Zimmerman, 33rd Operation Support Squadron assistance chief of weapons. “It’s been great to have that full circle, getting in there, briefing, debriefing and getting all the learning points out there. A lot of the minutia that you got to fix and work out, you don’t learn via phone briefings, so this is a great opportunity to get those things fixed and get them incorporated in the next day.”

While being able to integrate the aircraft and personnel was a major goal of the 33rd FW, there are several other key takeaways from the exercise. 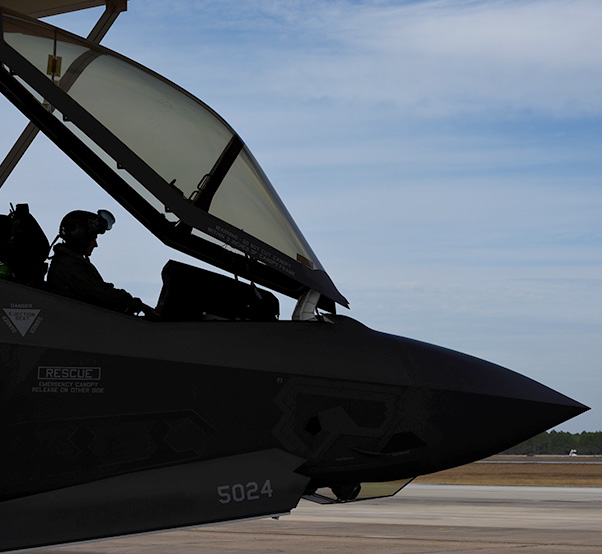 Checkered Flag 17-1 marked the wing’s largest split operations for the F-35A. As the deployed units launched sorties from Tyndall AFB, additional aircraft launched from Eglin AFB to act as aggressors.

Executing split operations requires an organization to deploy a small contingency that can sustain itself from a separate location while maintaining operations at home station.

“It is critical for us to be able to operate using split ops and be successful,” said Lt. Col. Jon Snyder, 58th Fighter Squadron director of operations. “There are circumstances where we only need a small contingency to achieve mission success, so it doesn’t make sense for us to deploy our entire fleet. It allows us to be more surgical, more lethal and able to support more than one mission in multiple locations.” 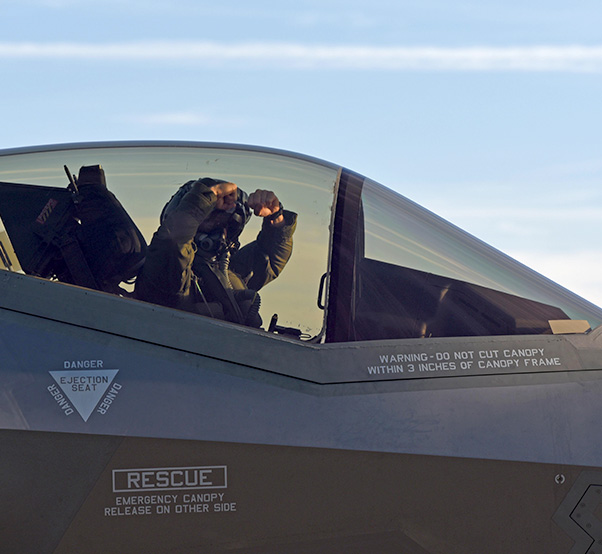 A pilot from the 58th Fighter Squadron shows pride for the Squadron’s mascot, the Gorillas, before taking off to “fight” in exercise Checkered Flag Dec. 8, 2016, at Tyndall Air Force Base, Fla.

“Our primary mission is training new F-35 pilots,” Snyder said. “Continuing our day-to-day training operations is critical for us. It’s been hugely successful. During these missions the students can see how the F-35 integrates with other aircraft and allows them to see what this aircraft was designed for and how to use it effectively.” 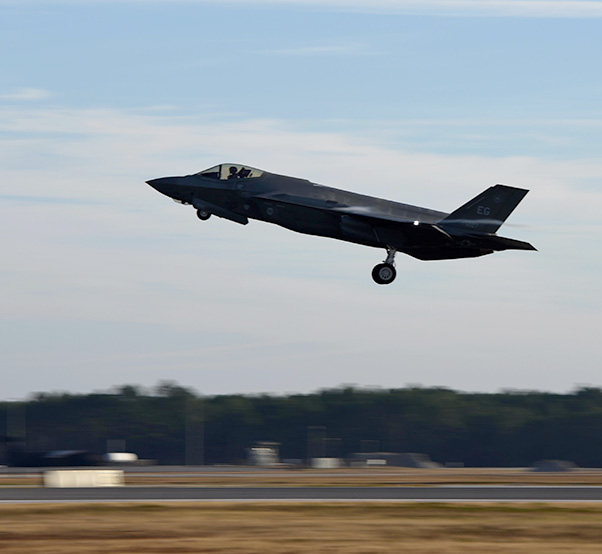 An F-35A Lightning II takes off to practice combat sorties with over 60 other aircraft in exercise Checkered Flag Dec. 8, 2016, at Tyndall Air Force Base, Fla. 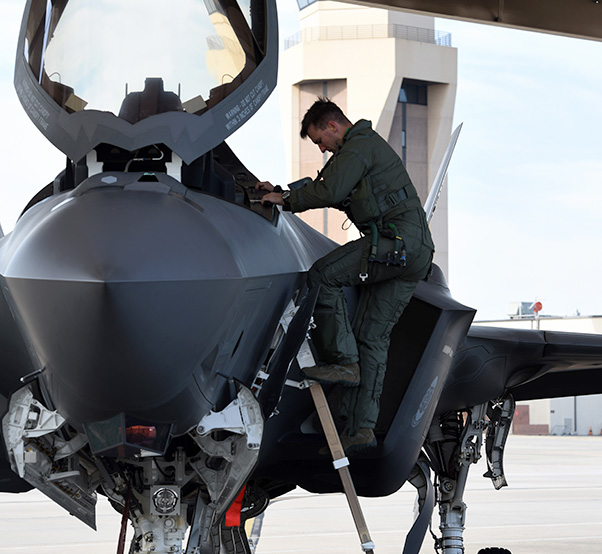