As the AFTC, the center assumed responsibility for the 412th Test Wing at Edwards, the 96th Test Wing at Eglin Air Force Base, Fla., and the Arnold Engineering Development Complex at Arnold AFB, Tenn.

The realignment was part of the command’s initiative to consolidate from 12 centers to six.

The AFTC leads the test and evaluation mission, conducting developmental T&E and evaluation of air, space, and cyber systems to provide timely, objective, and accurate information to decision makers.

412th Test Wing — The 412th Test Wing plans, conducts, analyzes, and reports on all flight and ground testing of aircraft, weapons systems, software and components as well as modeling and simulation for the U.S. Air Force. There are three core components for this mission: flying operations, maintenance and engineering.  The U.S. Air Force Test Pilot School, also part of the test wing, is where the Air Force’s top pilots, navigators and engineers learn how to conduct flight tests and generate the data needed to carry out test missions. The comprehensive curriculum of Test Pilot School is fundamental to the success of flight test and evaluation.

Arnold Engineering and Development Complex — AEDC is the most advanced and largest complex of flight simulation test facilities in the world.  The complex operates 32 aerodynamic and propulsion wind tunnels, rocket and turbine engine test cells, space environmental chambers, arc heaters, ballistic ranges and other specialized units. Nineteen of the complex’s test units have capabilities unmatched elsewhere in the United States; 14 are unique in the world.  Facilities can simulate flight conditions from sea level to 300 miles and from subsonic velocities to Mach 20.

At the time of the reorganization, Gen. Janet Wolfenbarger (then commander of AFMC), said “”AFTC and its people will continue to be critical to AFMC achieving its mission of providing war fighter support. The work done across all AFTC locations is important not only to the AFMC mission, but to the greater Air Force mission as well.”

Then Brig. Gen. Arnie Bunch was the first AFTC commander, and he said “For the first time this will align all AFMC test enterprise resources and activities under a single center commander. Historically, we have had three different commanders watching over those resources and each doing business in different ways. It aligns all resources, accountability and responsibility under one center commander,” at the redesignation ceremony.

More recently, the Air Force approved some realignments within the AFTC structure. 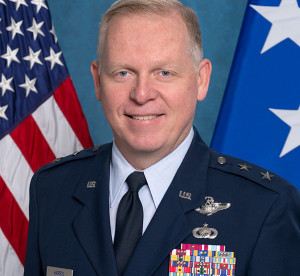 “This Air Force approval of these organizational realignments is a major step toward achieving an objective set by the AFTC in 2015, said Maj. Gen. David A. Harris, commander, AFTC.

“These changes give us the right fit to help us deliver the best value to the warfighter, who we support every day,” Harris said.

“We are continually looking for opportunities to leverage our assets and develop synergies that will help us be the best, most efficient test force we can be. These changes allow us a better balance of management, resources and advocacy across the test enterprise and will make us a more agile tester of choice today and tomorrow,” Harris said.

During a commander’s call early in the year, Harris gave his thoughts on Edwards and the AFTC.

“It’s great to be at Edwards, this is the closest thing to holy ground that there is in the United States military,” Harris said. “This is where so much history took place and this group, this ‘tribe’ I call us, within our Air Force is special.”