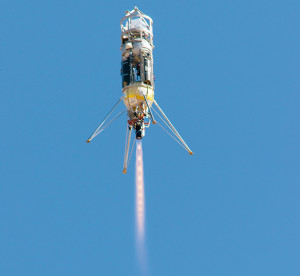 A recent flight on a commercial rocket tested an environmental monitoring experiment that may allow for multiple technologies on the same vehicle while checking for possible interference from electrical and magnetic sources.

Named JANUS, after a Roman god of transitions and new beginnings, the experiment gauged the spacecraft’s internal environmental conditions. This was the first flight of APL’s JANUS system, which will ultimately facilitate routine integration and flight testing of multiple future experiments and technology demonstrations.

A follow-on flight test of the JHU APL JANUS platform will include a global positioning system and an accelerometer with an inertial measurement unit to gauge resistance or disinclination to motion, action or change. This second flight is aimed to fly an experiment to a higher altitude of up to 60 miles. 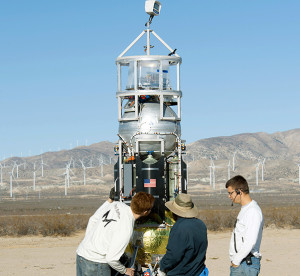 As NASA continues its Journey to Mars, the FO program is assisting the agency by maturing space technologies through flight tests in space-like environments where these technologies will eventually be operating. The program has already successfully tested technologies that are now on the International Space Station.

Through the FO program, the Space Technology Mission Directorate, STMD, selects promising technologies from industry, academia and government, and tests them on commercial launch vehicles.

The program is managed at NASA’s Armstrong Flight Research Center in Edwards, Calif. STMD is responsible for developing the crosscutting, pioneering new technologies and capabilities needed by the agency to achieve its current and future missions.