Five NASA astronauts have been assigned to upcoming spaceflights.

Joe Acaba, Ricky Arnold, Nick Hague, Serena Auñón-Chancellor and Shannon Walker all have begun training for missions launching later this year and throughout 2018. 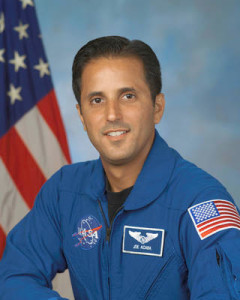 Acaba will be the first to launch, assigned to the Expedition 53 and 54 crews that already include Mark Vande Hei of NASA, and Alexander Misurkin of the Russian space agency Roscosmos. They will launch aboard a Soyuz spacecraft in September. Walker will train as a dedicated backup for Acaba.

Arnold will join NASA’s Drew Feustel and a Russian cosmonaut for Expeditions 55 and 56 to launch in March 2018. Arnold and Acaba’s assignments were enabled by the recent agreement to add additional crew members in 2017 and 2018 to boost space station science and research. 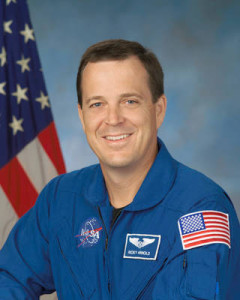 First-time fliers Hague and Auñón-Chancellor will fall into the standard rotation for NASA astronauts. Hague will launch in September 2018 on Expeditions 57 and 58 with two Russian cosmonauts. Auñón-Chancellor will join the Expedition 58 and 59 crews in November 2018, along with Canadian Space Agency astronaut David Saint-Jacques and a Russian cosmonaut.

“It’s great to get to announce so many assignments at once,” said Chris Cassidy, chief of the Astronaut Office at NASA’s Johnson Space Center in Houston. “There’s plenty of work to be done at the space station, and the research opportunities are almost limitless. These folks are all going to do great work and bring a lot of value to their crewmates.”

Between now and their launches, each of the astronauts will undergo a busy regimen of training on space station systems and the experiments they’ll work with while in space.

“The addition of these extra crew members will be a boon to the entire scientific community doing research on station, and especially those who have been waiting for access to the platform” said Julie Robinson, NASA’s chief scientist for the International Space Station. “We’ll be capable of undertaking more complex research activities, which will in turn prepare NASA for the journey to Mars, unearth new markets for research in microgravity and deliver benefits back to Earth.” 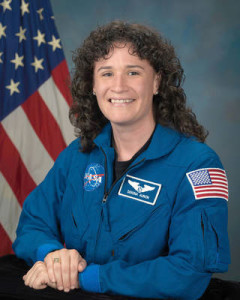 This will be Acaba’s third trip to the space station and his second long-duration mission. He was selected as an astronaut in 2004, and flew on space shuttle Discovery’s STS-119 station assembly mission in 2009, before returning for a longer stay in 2012, as part of the Expedition 31 and 32 crews.

Born in Inglewood, Calif., and raised in Anaheim, California, Acaba earned a bachelors’ degree in geology at University of California in Santa Barbara, one master’s in geology from the University of Arizona, and one in education, curriculum and instruction from Texas Tech University. Before coming to NASA, he spent time in the U.S. Marine Corps Reserves and the Peace Corps, worked as a hydro-geologist and taught high school and middle school.

Arnold will be visiting the space station for the second time, but this trip will be much longer than his last. He also was selected in the 2004 class and flew with Acaba on STS-119. On that mission, he conducted two spacewalks, spending 12 hours and 34 minutes outside the space station.

Arnold was raised in Bowie, Md.. He earned a bachelo’s in science from Frostburg State University, and a master’s in marine, estuarine and environmental science from the University of Maryland. He has taught school in Morocco, Saudi Arabia, Indonesia and Romania. He also served as an oceanographic technician for the U.S. Naval Academy and a marine scientist at the Cape Cod National Seashore.

Selected as a member of the 2013 astronaut class, Hague is a native of Hoxie, Kansas, and a colonel in the U.S. Air Force. Prior to his selection, he was part of the Air Force Fellows program in Washington, where he worked as an adviser to the U.S. Senate on matters of national defense and foreign policy. 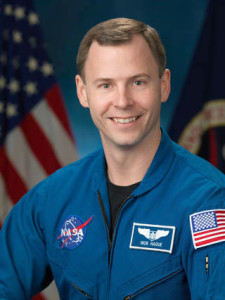 Auñón-Chancellor, from Fort Collins, Colo., joined the astronaut corps in 2009, and has been at NASA since 2006, when she became a flight surgeon. She also served as the deputy lead for medical operations for NASA’s Orion spacecraft before being selected as an astronaut.

In addition to a bachelor’s in electrical engineering from George Washington University, Auñón-Chancellor holds a doctorate in medicine from the University of Texas Health Science Center at Houston, and is board certified in internal and aerospace medicine.

She also earned a master’s in public health from the University of Texas Medical Branch.

Walker spent 163 days as a flight engineer for Expedition 24 and 25 in 2010. She was born in Houston and began her career at NASA’s Johnson Space Center as a robotics flight controller for the space station with Rockwell Space Operations Co. in 1987. In 1995, she became a NASA employee, working on robotics and hardware for the station with the program’s international partners. She also coordinated on-orbit problem resolution in the Mission Evaluation Room at Johnson and in Moscow, and served as deputy manager of the On-Orbit Engineering Office before being selected for the 2004 astronaut class. 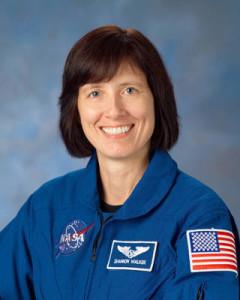 Walker earned a bachelor’s in physics, a master’s in science and a doctorate in space physics, all from Rice University.
These astronauts will join a long and distinguished line of astronauts who have crewed the International Space Station since November 2000. With the help of the more than 200 astronauts who have visited, the space station enables us to demonstrate new technologies and make research breakthroughs not possible on Earth. Its convergence of science, technology and human innovation provide a springboard to NASA’s next giant leap in exploration.