Once silent, the test pilots who flew the fabled F-117A Nighthawk “stealth fighter” are now free to share their stories with the public. Several of them did so at the recent Los Angeles County Air Show at William J. Fox Field in Lancaster, Calif., March 24 and 25.

First flown nearly 37 years ago, the F-117A was the first combat aircraft designed to be virtually invisible to hostile air defenses. Designers at Lockheed’s Advanced Development Projects division, famously known as the Skunk Works and now a part of Lockheed Martin Aeronautics Company, used sophisticated techniques involving radar-absorbent material coatings and structures, advanced avionics, and structural shaping to render the airplane low observable or “stealthy” to radar and infrared sensors. Developed as a clandestine “black” program during the late 1970s, tested in the early 1980s, and subsequently deployed to operational units, the F-117A remained a closely guarded secret for many years. 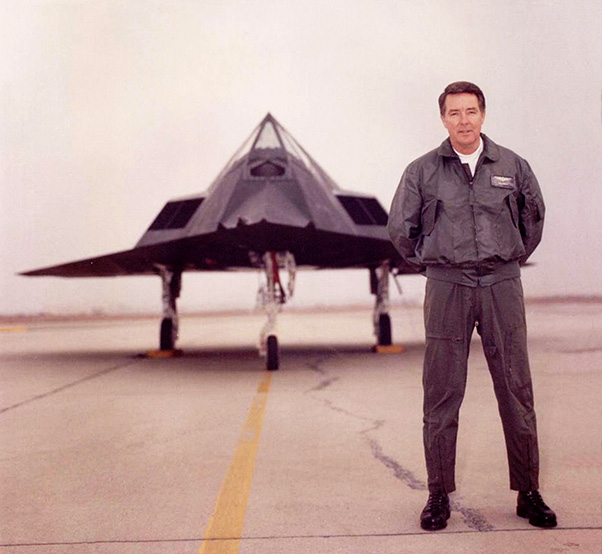 Hal Farley piloted the maiden flight on June 18, 1981, at a remote test site in Nevada. Farley began his career as a naval aviator in 1959 and later worked as a test pilot for Grumman Aircraft Corporation. He joined Lockheed in 1979, where he was assigned to be chief test pilot for the F-117A, and was eventually promoted to director of flight operations. He retired in 1991. Commenting on the airplane’s unusual shape, Farley said that the first time he saw it he thought it must be a supersonic aircraft or a space reentry vehicle. “It was a shock when I found out what it really did, but it turned out to be a very glamorous program anyway,” he commented wryly. 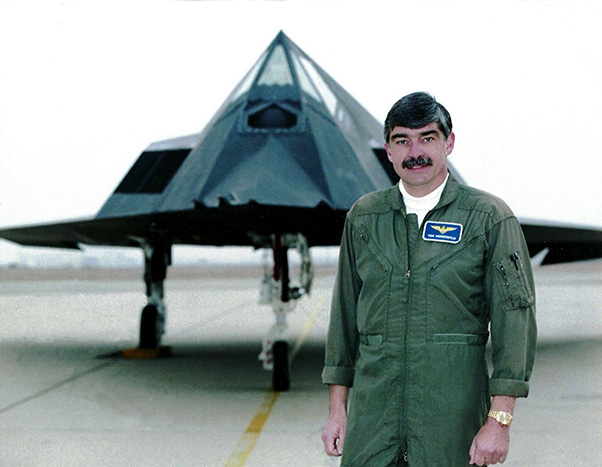 Tom Morgenfeld, a 1965 graduate of the U.S. Naval Academy, had two fleet tours where he flew 90 combat missions and amassed more than 500 carrier landings. He graduated from the Empire Test Pilots’ School in England in 1975, and was assigned to a Navy test squadron, where he participated in several classified test programs involving tactical exploitation of Soviet fighter aircraft. He then joined Lockheed and was assigned to the F-117A test program, and later flew the YF-22 and X-35.

Morgenfeld related how, on one of his early test flights in the F-117A, the nose wheel fell off the airplane during takeoff. The test director wanted him to eject, but instead, he finished this test cards and made a successful emergency landing on the test site runway. Several days later, Lockheed Skunk Works chief Ben Rich jokingly presented him with a union grievance for grinding down the nose gear strut without proper training or engineering approval. 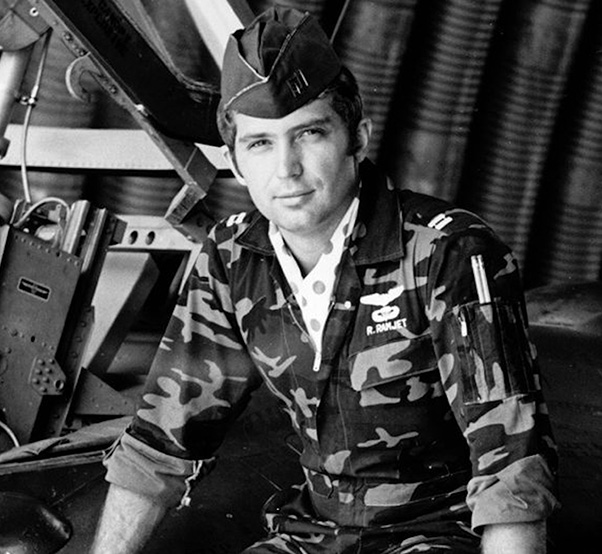 Roger Moseley graduated from the U.S. Air Force academy in 1968. Following undergraduate pilot training, he upgraded to the F-100 Super Sabre at Luke Air Force Base, Ariz. But because the F-100 was being phased out of Air Force service, Moseley was transferred to an A-37 unit and sent to Vietnam. He ultimately logged 345 combat missions and earned the Purple Heart before being sent back to the U.S. to train Vietnamese pilots. Following a special duty assignment to the Pentagon, he was selected for the Air Force Test Pilot School at Edwards Air Force Base, Calif., where he graduated in 1976.

In 1981, after performing a variety of tests at Edwards, he was offered a chance to join the elite F-117A Combined Test Force. “My first flight was on my [36th] birthday,” he recalled. Over the span of 23 months, Moseley logged a little over 110 flight hours in the F-117A. “They were all quality flying time and quality testing time,” he said, noting that every flight required many hours of preparation for which he gave much credit to the flight-test engineers. Moseley is credited with the first stealth test flight, the first night flight, and the first use of the emergency gear lowering system. “It was an actual emergency,” he said. 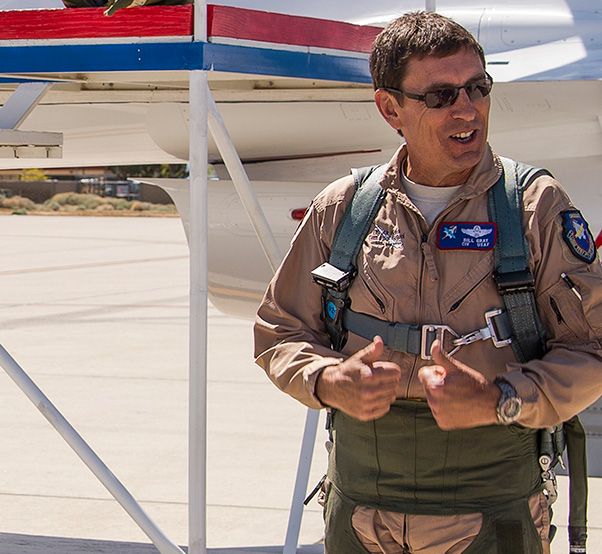 Bill Gray graduated from the Air Force Academy in 1983 and following several active duty assignments, also graduated from the TPS in 1992. He participated in a variety of test projects involving the A-37, T-38, F-15, and T-6A Texan II. He joined the F-117A CTF as a test pilot in 1994 and subsequently served as operations officer for the unit at Air Force Plant 42 in Palmdale, Calif.

After five years, he returned to Edwards as chief of the Flight Test Safety Division. Following retirement from active duty in 2003 he remained at the base as TPS instructor and later chief pilot.

Gray emphasizes that test flying is not for daredevils. It is a methodical process involving teamwork and discipline. “We do things in a careful and thoughtful manner [to reduce risk,” he said, and all Air Force test pilots have a thorough background in engineering and science. “During a test, all of our conversations are at an engineering level,” he said. Modern testing is all about systems, he explained, and sometimes there are surprises. “For example, there was a new brake system on the F-117, and I got to be the pilot testing the anti-skid system for the first time,” Gray recalled. “I was going down the taxiway at just 35 knots and when I stepped on the brakes it suddenly felt like the airplane was coming apart.” He had encountered a phenomenon called strut walking that occurs when the gear struts swing back and forth at a very high rate. “Sometimes things just go completely nuts and you need to keep your head on your shoulders; you need to deal.”

The F-117A was officially retired in 2008, though several examples have been spotted recently in the skies above Nevada, and only a handful of early model airframes have been preserved for public display. One of these, a YF-117A full-scale development prototype, was added to the Air Force Flight Test Museum collection following extensive demilitarization and restoration efforts by personnel from the 410th Flight Test Squadron at Air Force Plant 42 in Palmdale, Calif. Another is in the National Museum of the U.S. Air Force in Dayton, Ohio. Once kept hidden in utmost secrecy, the airplane’s story is now mostly declassified. The purpose of the recent presentation at Fox Field was to share some of the details and to promote science, technology, engineering and math (STEM) education.