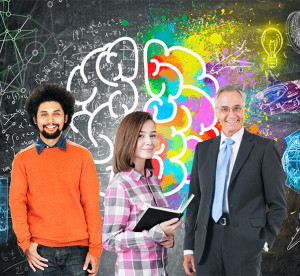 Imagine an aircraft structure that can change its shape in flight to reduce the sonic boom noise produced by supersonics airplanes.

Or imagine an airliner that can take-off and fly with a quiet and energy efficient electric propulsion system.

These are two of five examples of the transformative system-level aviation innovations NASA has selected for potential awards to university teams that will have them spend as long as five years exploring novel ideas for improving aviation, all in support of the agency’s strategic research goals for aeronautics.

“These awards further enhance the strong relationship we have with our university partners,” said Jaiwon Shin, NASA’s associate administrator for aeronautics. “We expect the awards will spur the Nation’s leading universities to take a larger leadership role in advancing the revolutionary ideas needed to transform aviation and further advance U.S. global leadership in the aviation community.”

Total value of the five research awards from NASA Aeronautics’ University Leadership Initiative over five years is expected to be no more than $50 million.

One key idea in the selection process was that NASA did not specify the research topics or disciplines for the schools to pursue, which distinguishes ULI from a standard NASA research award. Instead, universities were asked to come up on their own with the most compelling investigations, so long as that technical challenge addressed one of the agency’s main aviation research goals.

In addition to the technical challenges, another goal of ULI is to develop the ability of these university researchers to lead diverse, multi-disciplinary teams.  In many cases, the teams include members from academia and industry, including those who may not have an aviation background, but whose expertise offers the potential for technology convergence.  In addition, teams are encouraged to reach out broadly to universities that serve underrepresented student populations.  These diverse partnerships are expected to bring different perspectives that contribute to novel, innovative approaches.

“With ULI we want to provide a forum for U.S. universities to show their leadership in innovation to contribute to our nation’s aviation community,” Rohn said.