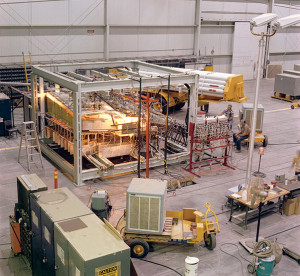 A major benefit of this partnership is to help facilitate the technology transfer and commercialization of NASA technologies into the Southern California region. The agreement enables TriTech SBDC to assist businesses to expand and to open new avenues for creating jobs.

“This partnership will help expedite the transfer of cutting-edge NASA technology to local businesses for the betterment of our country,” said Armstrong’s Center Director David D. McBride. “By using established economic development organizations like the TriTech SBDC, we can reach a broader audience from industry. We are looking for businesses to apply our technologies and successfully commercialize NASA technology.”

The agreement is unique because it is the first time the agency is partnering with a community college system, and using multiple NASA commercialization programs. It gives TriTech SBDC business development the authority to be a liaison for licensing NASA research and development technologies to develop businesses and high-wage jobs in the counties of Los Angeles, Orange, Riverside, San Bernardino and San Diego. TriTech will model new technology-driven economic development strategies and models, and will assist in replicating the model nationwide.

“The signing of the Space Act Agreement opens NASA’s doors to all businesses and colleges in the Desert Region. It is an honor that NASA has chosen to partner with RCCD’s TriTech SBDC on such a significant economic development program,” said Chancellor Michael Burke, Riverside Community College District. “The RCCD, its three colleges, and the regional business community will all reap the benefits of this partnership.” 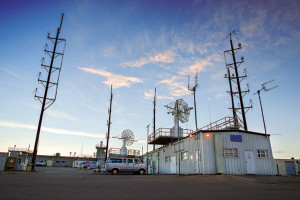 TriTech signed a similar business development agreement leading to licensing of Navy technologies with the U.S. Navy through the Naval Surface Warfare Center, Corona Division. The Partnership Intermediary Agreement with the Navy was a model for NASA to develop a similar collaboration agreement with combined research and development technology portfolios under TriTech SBDC.

“TriTech SBDC, with a portfolio of $590 million and 1,300 jobs created or retained since 2006, anticipates the five-year agreement to create high paying technology jobs in its region and over a thousand throughout the state,” Mitchell added.