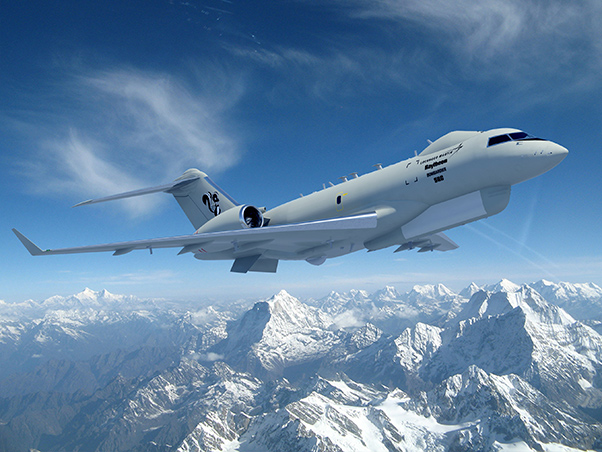 Lockheed Martin announced June 20 that Sierra Nevada Corporation has joined the Skunk Works® JSTARS Recapitalization (Recap) team, which currently includes Bombardier and Raytheon, bringing greater value to the partnership, and the team’s ability to deliver a premier solution to the U.S. Air Force.

SNC, which previously qualified as a prime contractor candidate for the U.S. Air Force’s JSTARS Recap program, will perform modifications to Bombardier’s Global 6000 aircraft, and will help obtain the necessary airworthiness certifications from the FAA and U.S. Air Force. This strategic partnership further enhances this powerful industry team to provide a system that will drive cost-savings, schedule and performance efficiencies for the U.S. Air Force.

“We are extremely pleased to combine forces with the Lockheed Martin-led team,” said Ralph Pollitt, senior vice president of SNC’s Intelligence, Surveillance and Reconnaissance (ISR) business area. “We look forward to contributing to the team’s success by applying decades of experience in modifying and certifying commercial and military aircraft for a wide-variety of users around the globe.”

Lockheed Martin is the lead systems integrator for the program, while Raytheon brings its experience with ground surveillance, ISR systems, and JSTARS communications. Bombardier will provide its ultra-long-range Global 6000 business jet platform, which is less expensive to operate than modern airliners and is uniquely suited to the JSTARS Recap mission.

“SNC shares our team’s vision and commitment to our war fighters,” said Andrew Adams, vice president of Advanced Systems, Lockheed Martin Skunk Works. “Together we will deliver a system that offers the optimum solution – quickly and affordably.”