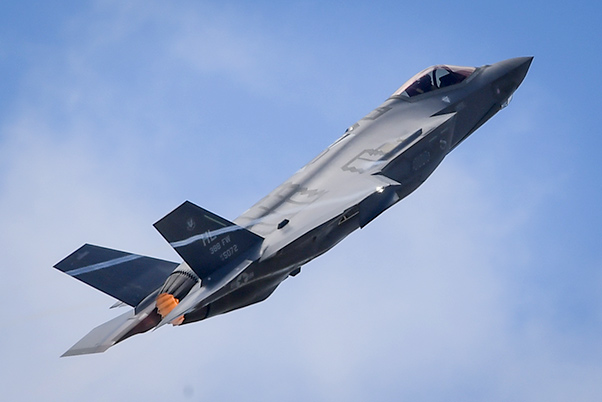 A U.S. F-35A Lightning II from Hill Air Force Base, Utah, performs for a crowd of nearly 100,000 people at Le Bourget Airport, France, during the Paris Air Show, June 23, 2017. The Paris Air Show offers the U.S. a unique opportunity to showcase their leadership in aerospace technology to an international audience. By participating, the U.S. hopes to promote standardization and interoperability of equipment with their NATO allies and international partners. This year marks the 52nd Paris Air Show and the event features more than 100 aircraft from around the world.

Pulling off a historic event such as this takes months of careful planning and preparation. This team had only 36 days to make it happen.

Building the team
Needless to say, this was not an easy road for the U.S. Air Forces in Europe air boss, Col. Justin Hickman. He set out to build a team that he could empower to solve problems and accomplish this daunting task.

“You have two Air Combat Command (F-35A) jets being maintained by 39 ACC Airmen, flown here from the U.S. by two Air Education and Training Command pilots and we are using a Lockheed Martin demonstration pilot to perform in the show,” said Hickman.

And he still had to plan the logistics for getting the other eight aircraft here. Aside from the F-35s, the Air Force brought two F-16 Fighting Falcons, a C-130J Super Hercules, a CV-22 Osprey and a KC-135R Stratotanker. The Army brought an AH-64 Apache and a CH-47 Chinook. The Navy flew in a P-8 Poseidon reconnaissance aircraft.

“This is truly a team effort,” said Hickman. “There are a lot of people who do not work for me at all, but without their help we could never do this. And they did it because they get it. They understand the importance of this event.”

Unlike a normal unit structure, this air show brings people from all different commands and expects them to function as one cohesive team.

“I was fortunate enough to have a motivated team,” said Hickman. “When you have two master sergeants like Randy James and Roy Chavez, things like security and logistics get taken care of.” 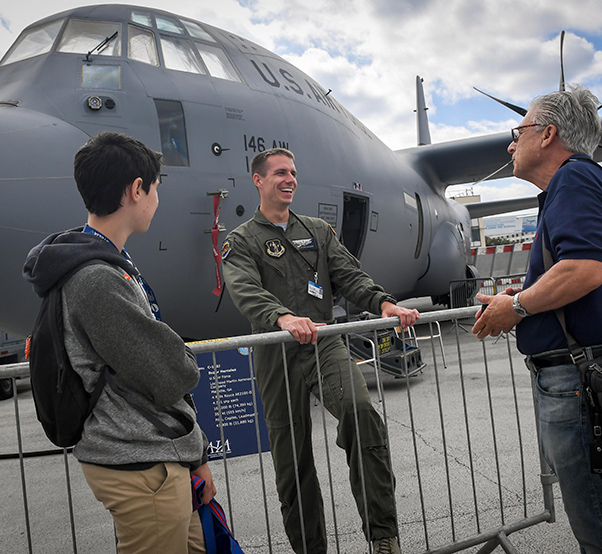 Through dozens of telephone conferences, three separate trips to Paris and hundreds of emails, the 130-person team came together to put on a show that wowed more than 350,000 people over the week-long event.

Labor of love
Just over a month after the U.S. announced the F-35 would attend the show, the gates to Le Bourget Airport opened up and the crowds came flooding in.

With more than 100 aircraft on display and 2,300 different exhibitors at the show, the Defense Department aircraft corral was just a drop in the bucket of what the show offered. Despite that fact, Soldiers, Sailors and Airmen drew some of the largest crowds as people clamored to get a peek at the U.S. technology on display.

The importance of this milestone was not lost on the colonel.

“I am an aviation history kinda geek,” he said. “Right out there,” he gestured, “in front of our aircraft, is a plaque commemorating where Charles Lindbergh landed. It’s written in French, and it says, Charles Lindbergh, after crossing the Atlantic for the first time, landed here May 21, 1927. And right here at the Paris Air Show, 90 years later, we have F-35s, F-16s, helicopters, tactical airlift and maritime surveillance aircraft, right where Lindbergh landed. This is historic.”

Hickman admitted the past few months have been stressful, but he knows it was all worth it.

“When we’re veterans sitting in the old folks home, we’re not going to sit around and talk about all the paperwork and long hours required to make this happen, we are going to talk about Le Bourget and being a part of the world’s largest airshow,” he said.

Lightning brings the show to a standstill
In the late afternoon, the F-35 boomed down the runway, stopping the crowd in their tracks as they scanned the sky for the source of the sound. 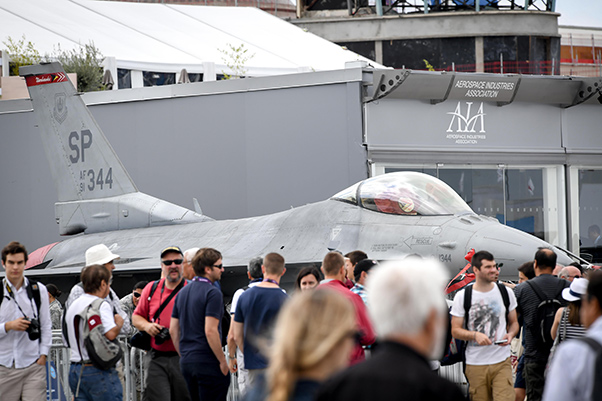 An F-16CJ Fighting Falcon from Spangdahlem Air Base, Germany, is displayed at Le Bourget Airport, France during the Paris Air Show, June 23, 2017.

For the next six minutes, Le Bourget was still and all eyes were on the fifth generation fighter cutting through the skies over Paris.
Once the display concluded, the crowd erupted with thunderous applause. Mission accomplished.

What the audience didn’t see were the 39 maintainers it took to bring those jets to Paris, and put them up in the sky nearly every day for two weeks and a team of security forces to protect it.

Fielding a new aircraft can be challenging under perfect conditions, and the conditions in Paris were anything but perfect.

“We had to do some things that made us uncomfortable,” said Hickman.

The team had to strike the perfect balance between making the jet viewable by the air show attendees and safeguarding the multi-million dollar asset. The solution came in the form of the iron clad relationship the U.S. has with France. 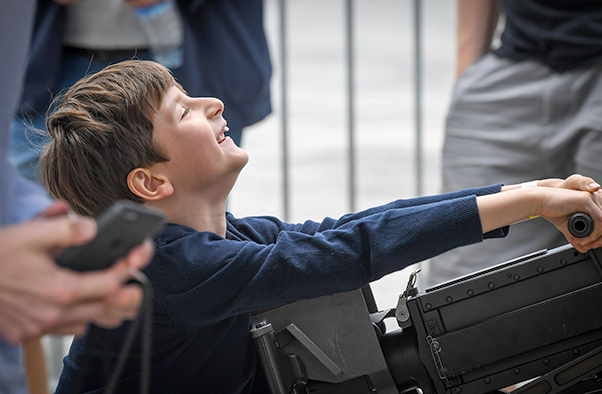 A child struggles to rack a machine gun attached to a CV-22 Osprey from Royal Air Force Mildenhall, England, at Le Bourget Airport, France, during the Paris Air Show, June 23, 2017.

“We asked for some help from the French to protect our aircraft while we moved it back and forth from the corral to the demo,” explained Hickman. “They gave us a hangar which provided security overnight. And when we move it, they gave us a mobile rope team who helped us maintain a safe buffer between the F-35 and the crowd.”

“It was truly a combined effort as we worked with our French allies to display the F-35,” said Hickman.

The week-long event wrapped up the evening of June 25. As the announcers informed everyone to make their way to the exits, crowds still gathered around the U.S. corral to get one last look at the American airpower on display at the Paris Air Show. 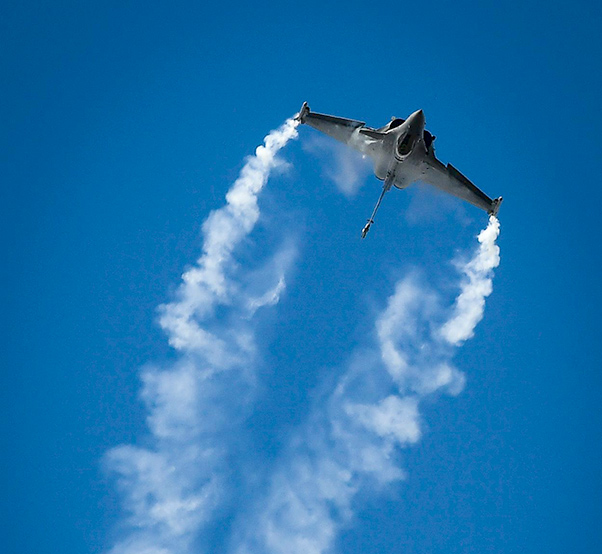 A French Dassault Rafale performs for a crowd of nearly 100,000 people at Le Bourget Airport, France, during the Paris Air Show, June 23, 2017.