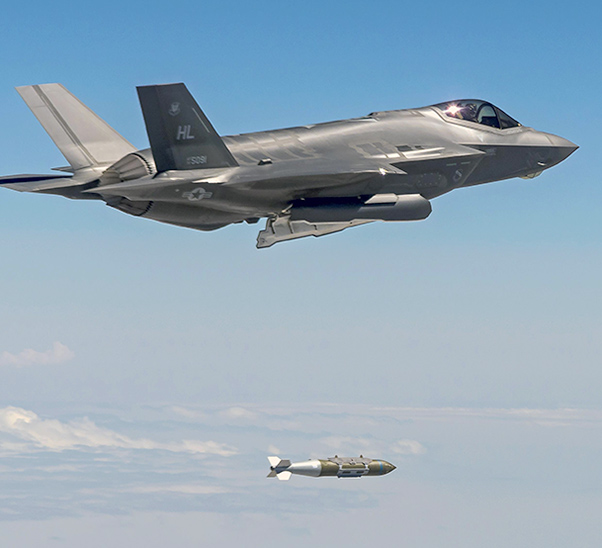 An F-35A Lightning II aircraft from Hill Air Force Base, Utah, drops a 2,000-pound GBU-31 bomb over the Utah Test and Training Range, Aug. 10. The F-35 flew Combat Hammer, an evaluation exercise which tests and validates the performance of crews, pilots, and their technology while deploying precision-guided munitions.

Combat Hammer is one phase of the Weapons System Evaluation Program, or WSEP, and it tests and validates the performance of crews, pilots, and their technology while deploying air-to-ground precision-guided munitions. For the F-35A.

“Overall, everything went as planned and all participating units performed very well, including the 34th Fighter Squadron F-35s,” he said.

Col. Dave Abba commands the 53rd Wing at Eglin AFB, Florida, which is the operational test wing for the U.S. Air Force. As such, the 53rd Wing develops, tests, evaluates, and delivers effective and sustainable combat capabilities to perfect lethality and survivability of our nation’s combat forces. 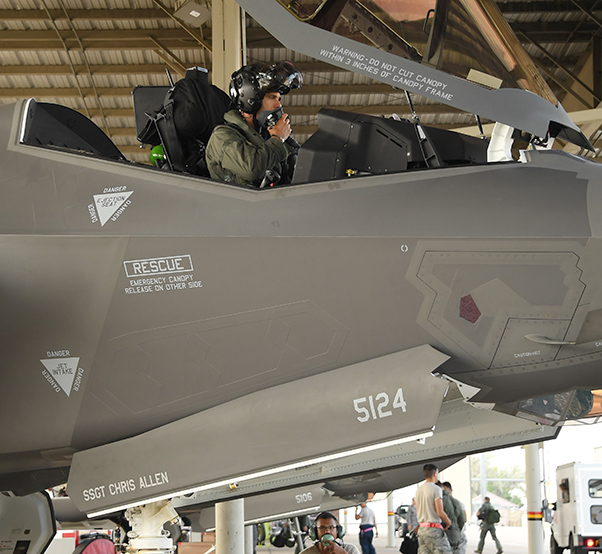 Abba visited Hill to observe Combat Hammer and meet with 86th FWS Airmen, operations crews, and evaluation participants. While here, he was impressed by all Airmen and program partners involved with Combat Hammer.

“It’s obvious to me that the active-duty and Reserve leadership chain at Hill have completely jumped on board with bringing this airplane up to speed, getting it to FOC, and getting it ready to participate on a global scale,” he said. “They’re passionate to learn more about the weapon system and everybody is concerned with providing effective capability for the warfighter.”

Combat Hammer provides a lot of accurate information and is “absolutely essential to ensuring our [weapons] systems continue to work as they were designed to work,” said Abba. “The emphasis is on finding potential issues in a controlled environment, with the ability to assess the weapons in real time to ensure that we don’t get surprised in combat.” 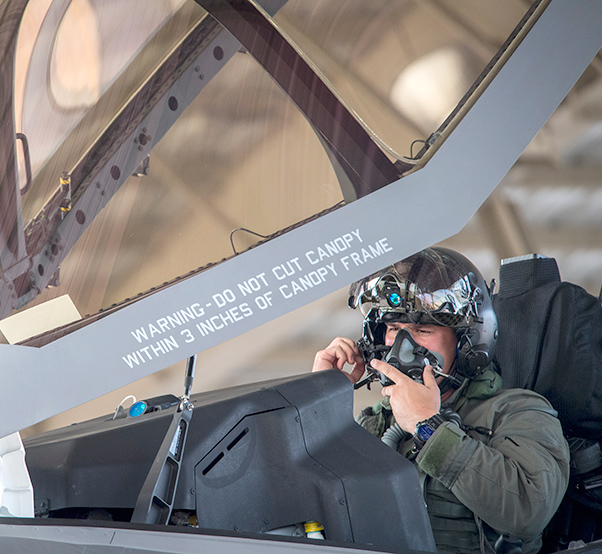 “What air-to-air (Combat Archer) and air-to-ground WSEP bring to the fight is statistical confidence,” said Abba. “So that’s really the key to this: it’s not simply subjective opinions about whether these things work or whether they don’t work, we bring the numbers to back it up so we can tell our senior leadership with a certain degree of confidence that this airplane with this munition against this sort of a target is going to have this probability of success.”

Abba is confident the F-35A will be a critical system in ensuring national security.

“It’s going to be the cornerstone of our fighting force for a long time and from what we’ve seen so far, it’s living up to the challenge and meeting our expectations, and in several areas exceeding it,” he said. 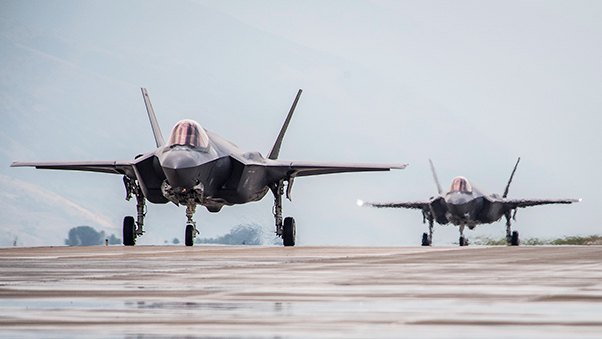 F-35A Lightning II aircraft from Hill Air Force Base, Utah, proceed down the taxiway at the base, Aug. 8. The F-35s flew Combat Hammer, an evaluation exercise which tests and validates the performance of crews, pilots, and their technology while deploying precision-guided munitions. 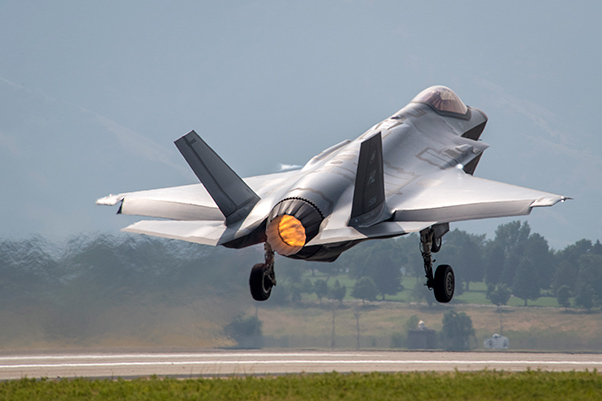 An F-35A Lightning II aircraft from Hill Air Force Base, Utah, takes off from the base, Aug. 7. The F-35 flew Combat Hammer, an evaluation exercise which tests and validates the performance of crews, pilots, and their technology while deploying precision-guided munitions.