Researchers from industry and universities across the nation have rallied around a collaborative technology alliance with the U.S. Army Research Laboratory since 2008.

A research program called Micro Autonomous Systems and Technology, or MAST, came to its conclusion during a capstone event of presentations and demonstrations from Aug. 22 -24 of both ground and air micro-robots.

Teams of researchers gave 17 live demonstrations of the technologies they’ve been working on over the past several years. The University of Pennsylvania showcased a group of autonomous quadcopters that self-organize into formations.

Officials said technology has advanced dramatically during the life of the program.

“I think there’s still a long way to go to get them to do all of the behaviors we want in any type of environment,” said Dr. Brett Piekarski, the Army’s collaborative alliance manager. “There are certain areas where I think we’ve really pushed the bar and moved the state-of-the-art. One example is in scaling things down to be able to do autonomous behavior in something that fits in the size of your hand.” 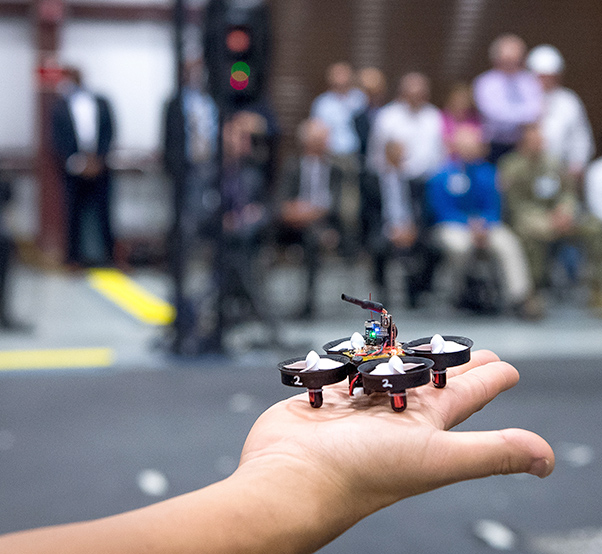 After nearly 10 years of collaborative research from the Army, industry and academia, the Micro Autonomous Systems and Technology, or MAST, concludes during a three-day capstone event of presentations and demonstrations of both ground and air micro-robots Aug. 22-24 at Aberdeen Proving Ground, Md.

Piekarski has been with the program since its inception and has managed the alliance of Army, industry and university researchers since 2012.

“In one way, I’m a little sad to see it end,” he said. “In another way, I’m really excited because I think we pushed the boundaries of the state-of-the-art and we will be seeing the impact of the advancements within the program for years to come.”

When the program started, the laboratory had several objectives. Scientists wanted to understand fundamental technologies that would to enable autonomous micro-robots to work together.

“Some things have matured quite a bit and other things I think we’re still scratching the surface,” Piekarski said. “There’s been a lot of discovery and innovation. Proof-of-concept type things would be another area where I think we’ve done a lot of innovation in technology development.”

“I am absolutely certain this technology will help the Soldiers of the future,” said Allison Mathis, the program’s deputy manager and an Army researcher with MAST for the past three years. “We have created advances in everything. There are new platforms, new algorithms, new sensors. Not all of this will be ready next year, or even the next five years, but we have absolutely advanced technology. We are making an impact right now.” 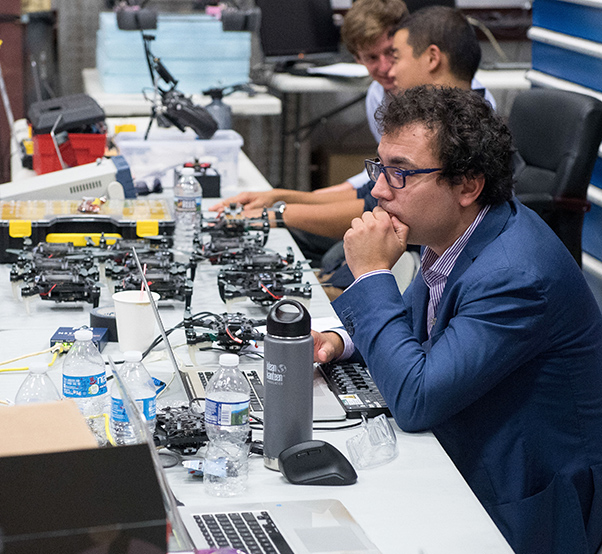 University of Pennsylvania research scientist Dr. Giuseppe Loianno readies his autonomous, or self-navigating drone, for the a demonstration at the U.S. Army Research Laboratory.

“We’ve demonstrated what can be done in this space with some innovative ideas,” Piekarski said. “There needs to be a lot of work in all of these areas to get them into engineered solutions that we can put in the hands of the Soldiers.”

Piekarski said the lab will continue to work with its stakeholders and partners to “take it to the next level.”

The Army recently announced its next focus area for a collaborative technology alliance will be known as Distributed Collaborative Intelligent Systems and Technology, or DCIST. 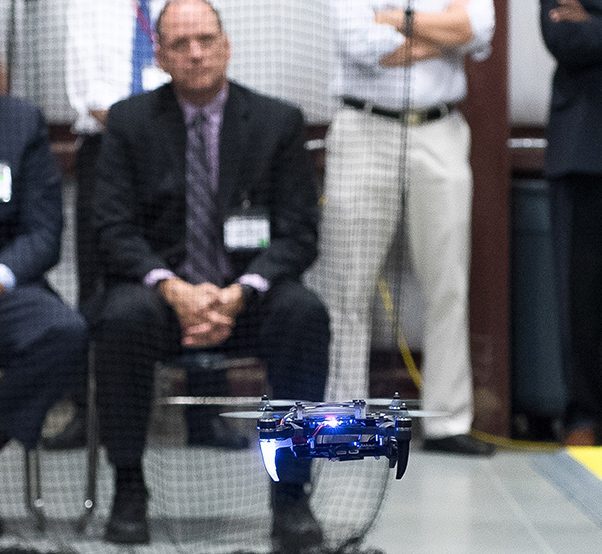 After nearly 10 years of collaborative research from the Army, industry and academia, the Micro Autonomous Systems and Technology, or MAST, concludes during a three-day capstone event of presentations and demonstrations of both ground and air micro-robots Aug. 22-24 at Aberdeen Proving Ground, Md.

“It’s really about high numbers of systems, heterogeneous in nature,” Piekarski said. “So you think of it as air, ground, large, small, Soldiers in the loop…How do we do distributed intelligence? And then once we have that decision making, how do we get the information back out and control these large heterogeneous teams in complex and contested environments?”
Researchers said the next program will not be without challenges.

Dr. Brian Sadler, the Army senior research scientist for intelligent systems, said he is optimistic about the future.
“The convergence of technology that we’re witnessing now, and as we propel it forward, is going to be a dramatic lifesaver and game-changer in terms of the way we operate tactically,” Sadler said. “This is my opinion. I am extremely optimistic.”

Sadler said it is important for the Army to stay out in front of the technology curve because autonomous robotics will soon be ubiquitous.

“We’re now seeing a wave of commercialization in this space,” he said. “It’s going to change the way we do business. I believe this is going to be a tactical offset strategy for the Army — the miniaturization of the robotics, the combination of large and small platforms, what it brings to the networking, what it brings to sensing and the ability to go fast in complex environments, to be able to inject these into a scene ahead of the warfighter from overhead, from the ground, in and out of buildings at a very rapid pace. All of that is coming.” 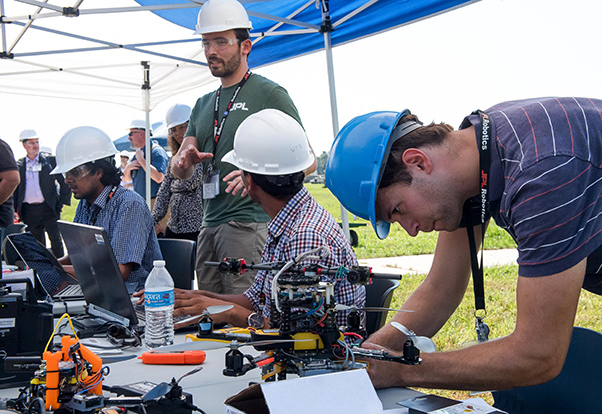 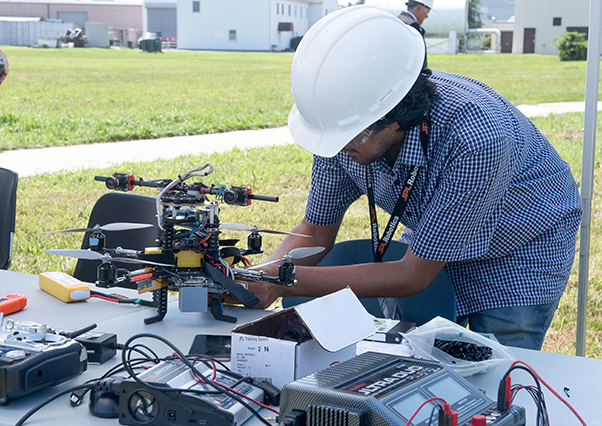