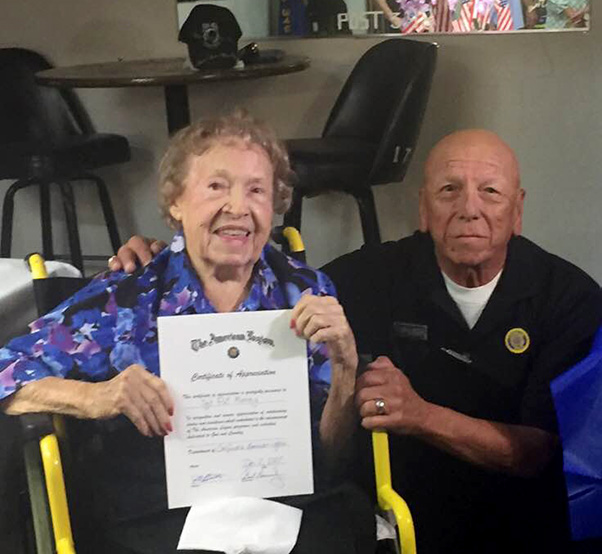 As part of the birthday celebration, Murray received a U.S. flag that had flown over the U.S. Capitol on Veterans Day. The flag was presented by Christine Ward, field deputy for U.S. Rep. Steve Knight. Others on hand included Palmdale Mayor Jim Ledford (pictured), and American Legion Post 348 Commander Carl Hernandez (also pictured). Murray was made an honorary for-life member of Post 348 and an honorary life member of the Legion Auxiliary. Other dignitaries on hand included State Sen. Scott Wilk, and Assemblyman Tom Lackey. 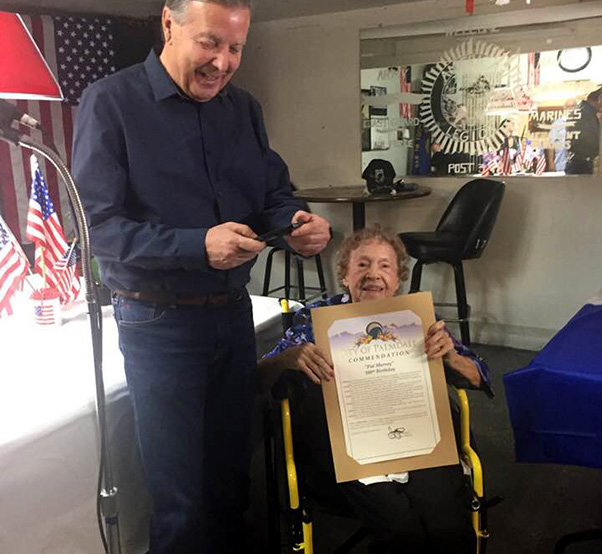 Murray pushed the drive to clean up the historic Palmdale Cemetery, and to palce a flag pole at the Antelope Valley Mall.
Happy birthday and Semper Fi. 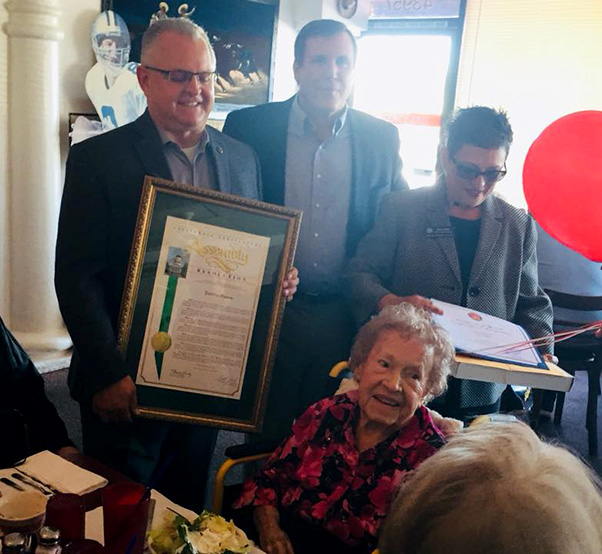