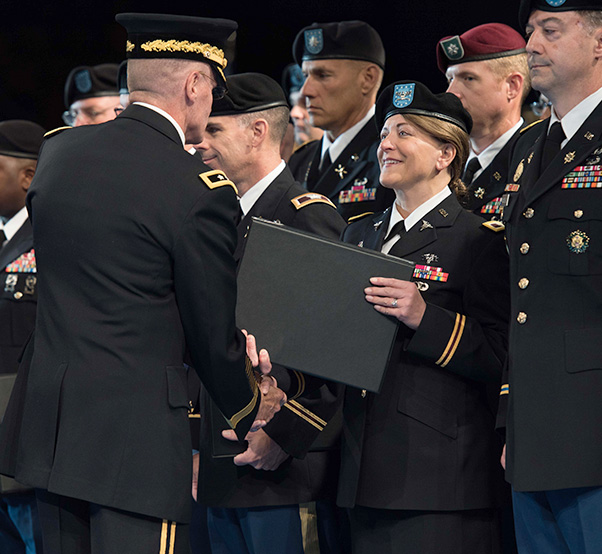 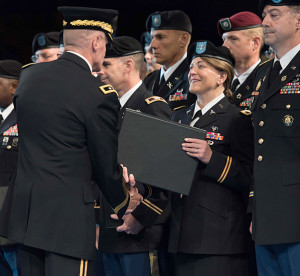 Soldiers receive certificates of retirement during a ceremony at Conmy Hall, Joint Base Myer-Henderson Hall, Va., Sept. 28, 2017. Soldiers who want to retire with less than 20 years of service have only until Jan. 15 to apply under Temporary Early Retirement Authority.

The Army is terminating the use of temporary early retirement authority, or TERA, for Soldiers with less than 20, but at least 15 years of service.

“Since 2012, temporary early retirement authority has served as an effective tool for drawing down the Army’s end strength,” said Secretary of the Army Mark T. Esper in a memorandum released Dec. 15. “However, the National Defense Authorization Act for fiscal year 2017 increased Army end strength and we have ceased the drawdown.”

With the drawdown ended, the Army has put in place a process to end the use of TERA earlier than originally planned, in a way to ensure a smooth transition, said Hank Minitrez, with the Army’s Office of the Deputy Chief of Staff, G-1.

Soldiers eligible for TERA must submit a request through their chain of command no later than Jan. 15. Commanders are required to expedite the applications, as the authority to approve TERA requests will expire on Feb. 28.

One exception is for Soldiers whose results from the fiscal 2017 promotion selection board will not be released until after Jan 15. They must submit a TERA request no later than 30 calendar days from the release of the board results. Once the request is received, authorities will have 45 calendar days to approve or deny the Soldier’s request.

Results from four fiscal 2017 officer boards have not yet been released, Minitrez said.

Soldiers approved for TERA must retire no later than Sept. 1. Any changes in the effective date of retirement beyond Sept. 1 are not authorized, according to the memo.