The legacy of the North American Aerospace Defense Command began 60 years ago when the threat of nuclear attack was real.

The threat of attack from Soviet bombers and missiles was what citizens experienced every day, said Air Force Gen. Paul J. Selva, vice chairman of the Joint Chiefs of Staff, at NORAD’s 60th anniversary, May 12.

Speaking at Peterson Air Force Base Museum in Colorado Springs, Colorado, the vice chairman said it was the development of NORAD — a joint and binational command that conducts aerospace warning, aerospace control and maritime warning in the defense of North America — that helped alleviate that fear.

“It helped build one of the building blocks of deterrence that has served us since that day,” he said.

During that time period, Selva said, a group of staff officers from the U.S. Continental Air Defense Command and the Royal Canadian Air Force met and decided that the two nations were more powerful together than they were separately. 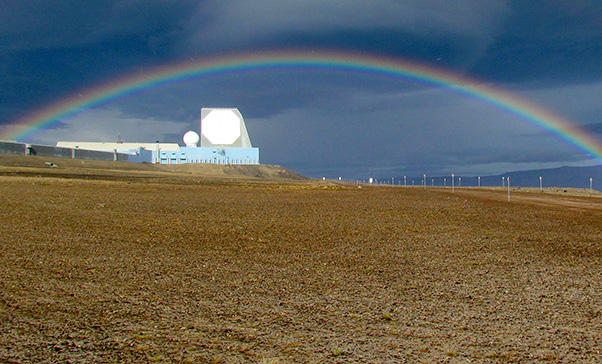 A Ballistic Missile Early Warning System at Thule Air Base, Greenland, provides North American Aerospace Defense Command with tactical/attack assessment on all intercontinental ballistic missiles and submarine-launched ballistic missiles penetrating the site’s coverage. Its secondary mission is to provide NORAD with launch and impact predictions for attack assessment by NORAD.

U.S., Canada combining forces
“The outcome of that meeting was a recommendation to the United States and Canada that we could counter that threat more effectively if we combined our forces and formed an integrated binational command completely unique, but built for purpose,” the vice chairman said, adding the leaders of both nations obviously agreed.

Selva said it would be rare “that two nations might actually sit down and agree to compromise over the arguments of sovereignty and actually come to an agreement that protecting each other is the most important thing we can do together,” he noted.

“We find other challenges when we look to the high north. The Arctic is melting, creating more accessibility for commercial purposes, but also challenging continental security. I have no doubt that NORAD will adapt,” Selva said.

“We can no longer guard solely against external threats. Regrettably, we must be prepared for security challenges that originate from within our borders again I have no doubt that the men and women of NORAD will adapt,” he added.

NORAD has adapted and remains as vital and relevant today as it was on that day 60 years ago when it was formed, Selva said.
And in the future, there will be plenty to keep NORAD busy.

“The U.S. launches hundreds of missiles … launches every year. The tactical actions that you take to protect our aerospace on any given day happen about every six hours,” he said, addressing the NORAD workforce.

“To the tens of thousands of pieces of space debris that you track and help our commercial and military partners navigate in space, Colorado Springs does look like the center of the universe,” the vice chairman said.

Keeping citizens safe
When NORAD and U.S. Northern Command service members and civilians wake up each day, they take pride knowing they are defending North America, the homeland. And that means that a few hundred million people can sleep soundly every day, Selva said.

“The militaries of Canada and the United States have shared the battlefield since World War I. We have stood side by side guarding our nations in this continent for 60 years,” he said.

“Congratulations on 60 years of success and I wish you 60 more,” the vice chairman said.